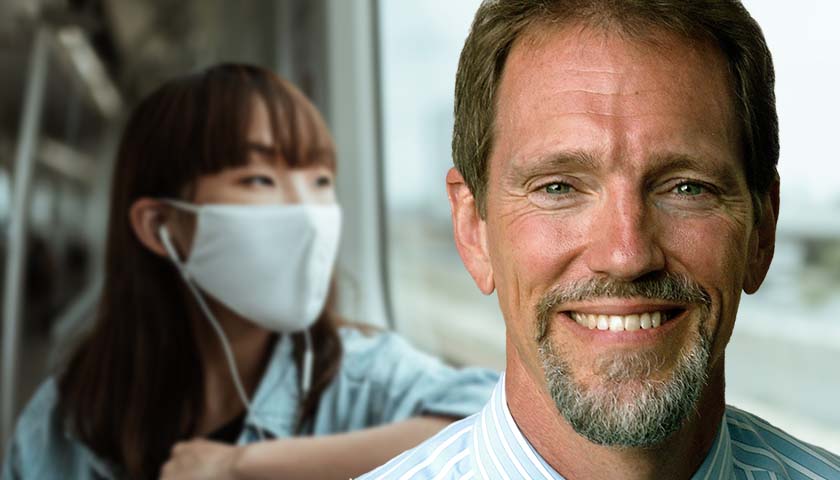 GALLATIN — An Indiana physician who addressed hundreds of people about COVID-19 as he visited Gallatin this weekend said people concerned about the federal government’s overly-broad powers must call for a Convention of the States.

That man, Daniel Stock, and several other speakers discussed and analyzed their findings regarding proper COVID-19 treatment and care. They said these are findings that federal agencies either don’t report or don’t acknowledge.

The Tennessee Star asked Stock what frustrated Tennesseans can do to ensure that federal officials provide greater medical transparency.

“The most important thing to do in the short term is tell their state legislators that they want laws passed that cause vaccine nondiscrimination legislation that prevents anyone except treating physicians from having records of the vaccine or asking about vaccine status. That is true for all vaccines, even the ones I support,” Stock said.

As for a long-term solution, Stock said that is a Convention of the States.

“We need to pass amendments at the state level where we can force amendments on the federal government to remove their power. Right now, they have so much power — either through the Constitution or what they have given themselves by misinterpreting the Constitution — that they are worth buying and they are for sale,” Stock said.

Having 34 states – or two-thirds of the 50 states – call for a convention is one of two mechanisms to propose a constitutional amendment. The other is direct action from Congress.

Fifteen other states that have passed a similar resolution. Georgia was the first state to pass a resolution to create a convention in March 2016. Since then, Alaska, Florida, Alabama, Tennessee, Indiana, Oklahoma, Louisiana, Arizona, North Dakota, Texas, Missouri, Arkansas, Utah, and Mississippi have passed a resolution, according to the organization Convention of States Action.

If 34 states pass a resolution, a convention is called where each of the 50 states sends a delegation and receives one vote. Proposed constitutional amendments at the convention would require a majority (26) of votes for acceptance. The amendments would require 38 votes (three-fourths) for ratification by each legislature.

Convention of States Action said 25 states will consider a resolution in 2021.