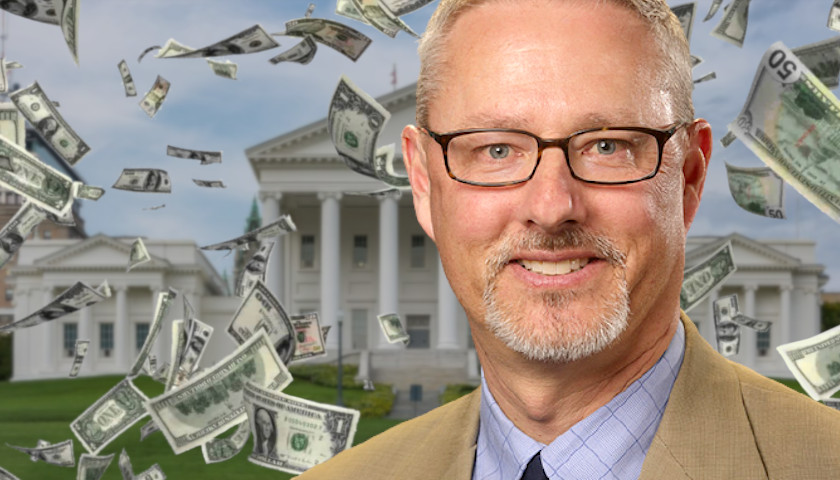 Virginia had historic revenue growth in 2021 and finished $2.6 billion above forecasts, thanks to a conservative approach, Secretary of Finance Joe Flores told the General Assembly money committees on Thursday. Flores’ presentation said that conservative approach should continue, with forecasts suggesting that Virginia’s income and job growth will continue in coming years, but will lag behind the nation.

“It’s also important to remember, to look back, because a year ago, you guys had just finished a session where you had taken down revenues to the tune of $2.7 billion, basically five percent of our biennial General Fund revenues,” Flores said.

He said that at that time, the COVID-19 vaccines were just beginning to be rolled out, COVID-19 cases were still rising, businesses were struggling and there wasn’t more fiscal relief on the horizon.

“Everybody thought we should be conservative last year, and we were. We grew by 14.2 percent including revenues and transfers instead of that [predicted] 2.6 percent. So revenues were strong,” Flores said.

Flores reviewed the past few months.

“The other thing, as you guys know full well, inflation has certainly been with us and been a factor over these last several months. We added almost one percent in terms of inflation in October. We stand 6.2 percent above last October, largely that’s related to supply chain issues, but also a surge in demand, consumer demand. And it wasn’t anticipated that that would dissipate until calendar year ’23, so we were anticipating sort of falling off in ’22.”

Flores said, “Clearly, inflation is running way too hot, certainly hotter than what the Fed has been saying, or is comfortable with, so you’re going to see some attempts to reign that in.”

Impacts to the leisure and hospitality industry are harming businesses and employment in the Hampton Roads area which didn’t see as much employment growth in the past few months as Northern Virginia, which is boosting state numbers, Flores said.

“Small businesses are also still struggling. If you go to a restaurant these days, sometimes you have half the tables available because of staffing issues, and that is affecting all industries,” he said.

He said reliance on federal government had shielded Virginia from some COVID-19 job loss, which will limit how much jobs will grow in coming years.

“We’ve been buffered by some of the fluctuations in employment that you’ve seen in other states. So we haven’t seen the job losses so much, so you’re not going to see the job bounce back either, because we didn’t lose so many jobs. So we anticipate that growth in employment will lag compared to the national economy. But certainly, personal income, wages and salaries, will be positive, just maybe a little bit less than what you’re seeing at a national level,” Flores said.

Flores’ presentation came immediately after Governor Ralph Northam presented his final budget proposal to the committees, and legislators and the incoming administration are now evaluating Virginia’s revenue and expenditures in preparation for passing a biennial budget.

“The revenues in [fiscal year] ’23 and ’24, again before any fiscal tax policy adjustments, are projected to grow by 4.8 percent in ’23 and 4.2 percent in ’24,” Flores said. “The bottom line is, you’re looking at revenues of twenty six and a half billion dollars in the first year, $28.9 billion in the second year.”

“The excess revenues Virginia is currently experiencing are not guaranteed and the General Assembly must budget accordingly,” Gilbert said. “I am pleased that Governor Northam’s final budget proposal seeks to fund a number of initiatives that were proposed by Republicans just a few months ago, including tax relief and helping localities repair crumbling schools. That being said, the final budget produced by the House of Delegates will contain tax relief for all Virginians, proposals to keep Virginians safe, ease the burden of higher costs due to federal government inaction, and additional priorities Republicans championed during the 2021 campaigns.”