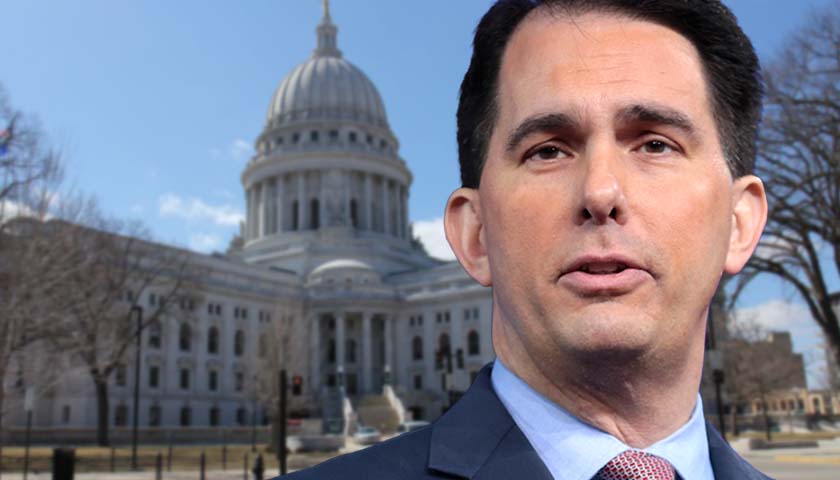 There is a plan that would end Wisconsin’s 6.27% personal income tax.

Former Gov. Scott Walker, University of Wisconsin economist Noah Williams, and a coalition of reform groups in the state on Thursday proposed eliminating the individual income tax as a way to jumpstart the state’s economy.

“I would completely eliminate the personal income tax,” Walker told Jay Weber on News Talk 1130 WISN Thursday morning. “It would be gone, it wouldn’t be a cut.”

The idea is to kill the income tax while increasing Wisconsin’s statewide sales tax from 5% to 8%.

According to Kiplinger’s financial analysts Rocky Mengle and David Muhlbaum, Wisconsin ranks eighth in its list of “The 10 Least Tax-Friendly States for Middle-Class Families,” behind first-place Michigan and second-place Nebraska. The November 2021 report puts the blame for Wisconsin’s ranking on the state’s property tax, which the analysts claim is the eighth-highest in the nation.

“Income taxes are about average for middle-class families in Wisconsin,” Mengle and Muhlbaum wrote. “Starting in 2021, the state reduced the income tax rate that applies to most middle-income taxpayers. But the rate cut didn’t help our imaginary middle-class family enough to offset the high property taxes.”

“An average household in Wisconsin pays nearly $2,800 in income taxes,” Williams said. “While the increased sales tax would add nearly $1,100 in taxes. [Eliminating the income tax] means a tax cut of roughly $1,700 per household. So in addition to changing the tax structure, this reform is a substantial tax cut.”

Williams’ analysis said it’s not just families who would save by eliminating the income tax.

“The reform would be a game changer for Wisconsin. More take home pay. Higher employment. Higher GDP growth,” Institute for Reforming Government President CJ Szafir said. “It would be a win all around.”

Williams’ report shows a GDP growth of $28 billion over the first 8 years and employment gains of 175,000 jobs.

Nine states currently don’t have a state income tax. Walker said Wisconsin would be the first in the nation if lawmakers adopt the plan.

“We would clearly have a competitive advantage,” Walker said. “We already see the exodus coming from Illinois to Wisconsin, and Indiana, and other states. This would just accelerate that.”