Commentary: The Threat of a China-Centric New World Order 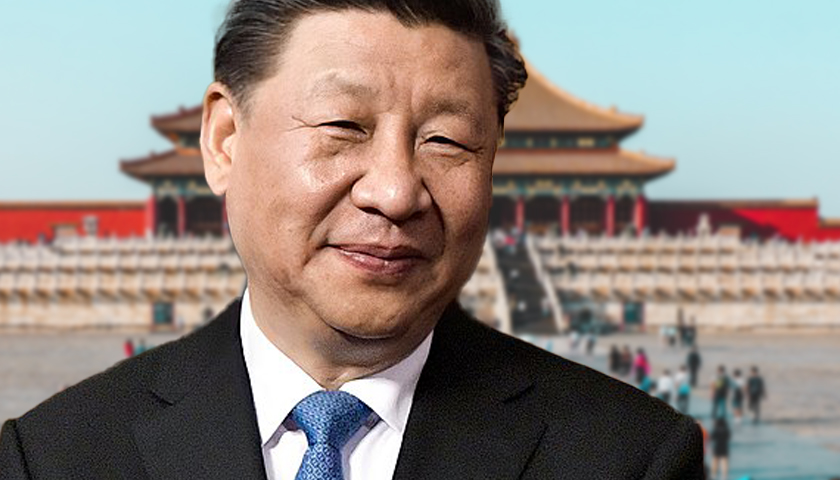 Writing in the January/February 2022 issue of Foreign Affairs, the Hoover Institution’s Elizabeth Economy explores Chinese President Xi Jinping’s efforts to shape the international order by “fundamentally transforming the global system” to reflect Beijing’s interests and values. The leader of the Chinese Communist Party (CCP), she explains, seeks nothing less than to replace the U.S.-led post–World War II global order with a “China-centric order with its own norms and values.” To understand what is at stake here, let’s talk geopolitics.

Since the end of the 19th century, the world has been what the great British geopolitical thinker Sir Halford Mackinder called a “closed political system.” The end of the age of discovery ushered in a post-Columbian world where, in Mackinder’s words, “Every explosion of social forces, instead of being dissipated in a surrounding circuit of unknown space and barbaric chaos, will be sharply re-echoed from the far side of the globe, and weak elements in the political and economic organism of the world will be shattered in consequence.” The events of the 20th century confirmed Mackinder’s observation — through two world wars and one cold war, the center of the world’s geopolitical landscape shifted away from Europe to North America and Asia. At the end of this “long war,” which lasted from 1914 to 1989, the formerly Euro-centric international system was at first temporarily replaced by America’s “unipolar moment,” which gradually receded with the emergence of today’s bipolar geopolitical contest between the United States and China.

The Asia-Pacific can serve as the base — the geopolitical heartland — from which China can make a bid for global dominance.

Economy notes in her article that the Sino-U.S. competition involves two very different visions of the global order. The U.S. vision, she explains, includes the rule of law, free markets, and a limited state role in people’s lives. “Xi,” she writes, “seeks to flip a switch and replace those values with the primacy of the state.” The CCP’s vision is of “a world in which the state controls the flow of information and capital both within its own borders and across international boundaries, and there is no independent check on its power.”

In the end, which vision triumphs will depend on who wins the geopolitical struggle. Economy notes that President Xi seeks to control the South China Sea, annex Taiwan, extend its economic and political influence throughout Asia, Africa, the Middle East, and Europe through the Belt and Road Initiative (BRI), and “supersede the United States as the dominant force in the Asia-Pacific.” The BRI, Economy notes, “has positioned China at the center of the international system, with its physical, financial, cultural, technological, and political influence flowing to the rest of the world,” while also evoking “historical memories of the Silk Road and of Chinese centrality during imperial times.”

The Asia-Pacific can serve as the base — the geopolitical heartland — from which China can make a bid for global dominance. Mackinder and like-minded geopolitical thinkers such as Alfred Thayer Mahan and Nicholas Spykman long ago warned about the rise of a great power on the Eurasian landmass that could use the vast human and natural resources of “the great continent” to forge a global imperium.

In his geopolitical masterwork Democratic Ideals and Reality (1919), Mackinder called the joint landmass of Eurasia-Africa the “World-Island” and cautioned that “Who rules the World-Island commands the world.” Economy notes that China’s former vice minister of foreign affairs He Yafei has asserted, “The end of Pax Americana, or the American Century, is in sight.” China has engaged in a multi-decade military buildup that includes an ever-expanding navy and a growing strategic nuclear force.

Economy notes that some observers continue to believe that Xi’s geopolitical goals are more limited and “overwhelmingly defensive” in nature. “That view,” she writes, “misses the scope of Xi’s vision,” which “connotes a radically transformed international order” in which a “resurgent China would be on par with or would surpass the United States” on the international stage. Xi, she concludes, is seeking a “shift in the geostrategic landscape” and a “profound transformation” of the global order.

What is to be done? Economy points out that China’s increasingly aggressive actions and bold proclamations have pushed its Asian neighbors toward the United States as a geopolitical counterweight to Chinese power, while the BRI is meeting with some resistance among some Asian and African nations. Moreover, China’s cultural offensive and other “soft power” initiatives have also suffered some setbacks. And its so-called “Wolf Warrior” diplomacy, which includes using economic coercion to further its political interests, is increasingly resented by other countries. (READ MORE: Our Munich Moment: Collective Defense for Taiwan)

But the United States cannot afford to hope and wait for China’s geopolitical offensive to fail. “Whether Xi is able to realize his ambition,” Economy concludes, “will depend on the interplay of many factors, such as the continued vitality of the Chinese economy and military and the support of other senior leaders and the Chinese people, on the one hand, and the ability of the world to continue to resist Chinese coercion and the capacity of the world’s democracies and others to articulate and pursue their own compelling vision of the world’s future, on the other.”

As Economy notes, the United States and its allies have a “compelling vision of the world’s future,” but that is not sufficient. It must be backed by effective military power, competent diplomacy, and a demonstration of the will to wage and ultimately prevail in the geopolitical struggle. Keep your eyes on Taiwan.

Francis P. Sempa is the author of “Geopolitics: From the Cold War to the 21st Century and America’s Global Role.” His work has appeared in Strategic Review, the Diplomat, Joint Force Quarterly, the Claremont Review of Books, the Asian Review of Books, the South China Morning Post, the National Interest, and other publications.
Photo “Xi Jinping” by Press Service of the President of the Russian Federation / Roman Kubanskiy. CC BY 4.0. Background Photo “Beijing, China” by Ling Tang.