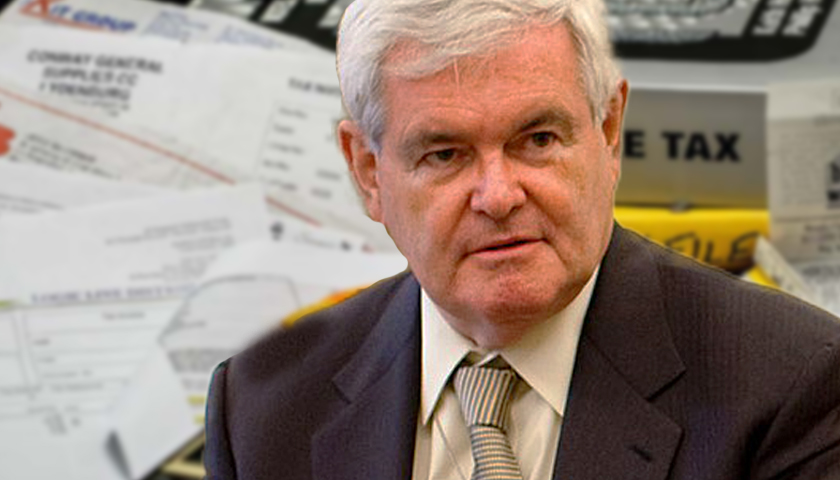 The time has come to abolish the Georgia state income tax.

Sen. David Perdue was exactly right in proposing to eliminate the state income tax. He was also right in suggesting that he could work with the Georgia state legislature and find ways to return money to the people of Georgia rather than focusing it on the state bureaucracies.

The money is clearly there. The Atlanta Journal Constitution reported, “Despite pandemic, Georgia ends fiscal year with a record $3.2 billion jump in revenue.” The article went on to note, “The state saw revenue grow 13.5% over 2020. … Besides the boon in state tax collections, Georgia is also receiving about $4.7 billion or so from the latest federal COVID-19 relief plan.”

Now the question becomes whether this money belongs to the politicians or the people.

If there is a huge surplus, isn’t that a sign people are being overtaxed?

Is the money there for the income tax to be eliminated, or for the bureaucracies to grow bigger and richer?

A no income tax future would fit the pattern which is building around the country.

The second and third largest states in the nation, Texas and Florida, manage to govern themselves without an income tax. Six other states currently have no state income tax or are phasing them out – Alaska, Wyoming, Washington, Tennessee, Nevada, and South Dakota.

As Steve Moore at Heritage Foundation told me: “For the last 30 years these states have on average had much higher income gains, more jobs created, and more population gains than states with income taxes. Georgia is currently sandwiched between two no income tax states, Florida and Tennessee. Nothing would help grow the Georgia economy [more] than abolishing the income tax.”

With 16 states in the eliminate the income tax parade, it would be good for Georgia to join.

Many states are using the growth in revenue to reduce the income tax so that after a few years it disappears. The advocates of big government and big bureaucracy will always find more things to spend tax money on. However, this money belongs to the taxpayers not the politicians.

If half of Georgia’s $3.2 billion jump in revenue had gone to reducing the income tax, millions of Georgia families would have felt the direct positive increase in their take home pay and their family budgets. That would still have left the other $1.6 billion for government programs. After all, a 13.5 percent revenue increase should have left more than enough room to help the people as well as the special interests.

The notion that lower tax rates can lead to bigger economic growth, greater incomes, and ultimately a more prosperous state or country has been pioneered by economists such as Alvin Rabushka and Art Laffer.

Rabushka studied the low-tax, high-growth system in Hong Kong and then went back to the mid-19th century British system of controlling spending and cutting taxes which led to nearly a century of unparalleled prosperity and progress.

Laffer had developed the famous “Laffer curve” which showed that above a certain tax rate incentives are suppressed, and people actually work less, earn less, and pay less in taxes. Laffer was the key economist behind President Ronald Reagan’s three-year tax cuts which launched 30 years of economic growth and ended the malaise, inflation, and unemployment of the Jimmy Carter years.

Laffer has written a book on economics for states: An Inquiry into the Nature and Causes of the Wealth of States: How taxes, Energy and Worker Freedom Change Everything. It is clear President Joe Biden and his advisers have not read Laffer. It would be good if every Georgia state legislator and candidate did so. It would lead to a low-tax, high-growth environment.

All the liberal pro-big government pro-big bureaucracy groups and their allies in the propaganda media will claim eliminating the income tax will do grave damage to their pet projects. But ask your friends in Texas, Florida, and the other zero state income tax jurisdictions how they would fight any proposal to institute a state income tax.

The budget surplus is now.

The time to act is now.

Georgia should join the parade toward eliminating the state income tax.