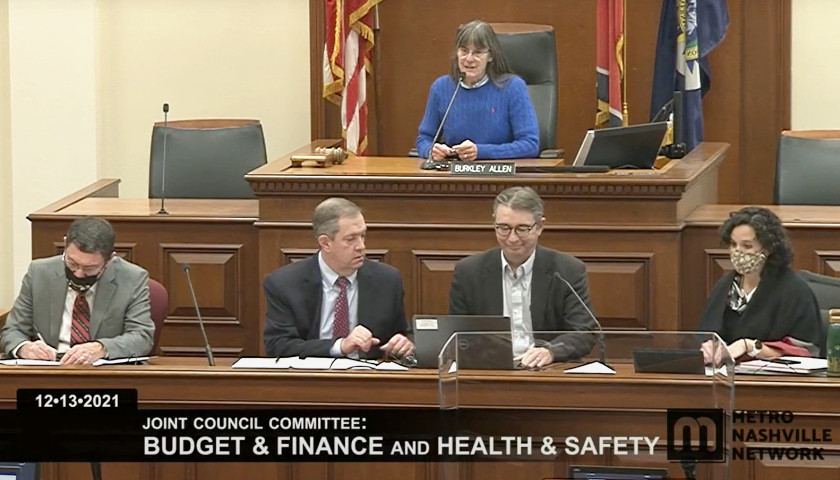 During a Monday joint meeting of the Budget and Finance Committee and the Health and Safety Committee of the Metropolitan Government of Nashville and Davidson County, officials from the Metro Public Health Department recommended council members end the current vehicle emissions testing program and replace it with a $4 fee for each vehicle registration. The $4 fee proposal would go toward air pollution mitigation efforts.

The Tennessee Star reported the resolution filed by Metro Council Member Kevin Rhoten (District 14), RS2021-1251, was filed November 9th. According to the legislation details, “this resolution would repeal Resolution No. RS2018-1171, which authorized the continuation of the Metropolitan Government’s vehicle inspection and maintenance program, also called the emissions testing program.”

The resolution to end emissions testing in Nashville will be further discussed, and most likely voted on, at the council’s next meeting in the new year on January 4th, 2022.

Currently, residents of Davidson County must have their vehicles inspected annually and can be tested within ninety (90) days of the registration’s expiration date, according to the Davidson County Clerk. The fee for an emissions test is $9.00.

The 585,000 private cars registered to Davidson County residents account for little of the emissions polluting Nashville’s air. In fact, the vehicle emissions testing program controls only about 2% of nitrogen oxide emissions, as reported by Main Street Nashville.

The outlet further notes that on-road vehicles, which include resident and non-resident vehicles and all interstate traffic, driven in the county account for 57% of the total nitrogen oxide emissions in Nashville.

Meanwhile, five counties surrounding Davidson are set to end their emissions testing programs on January 14, 2022, according to the Tennessee Department of Environment & Conservation. Those counties include Hamilton, Rutherford, Sumner, Williamson, and Wilson.

“Over the years, more fuel and energy efficient cars on the road made the program largely obsolete,” she said.