Minnesota Mayor: Our City Is ‘Under Attack from Mobile Criminals’ 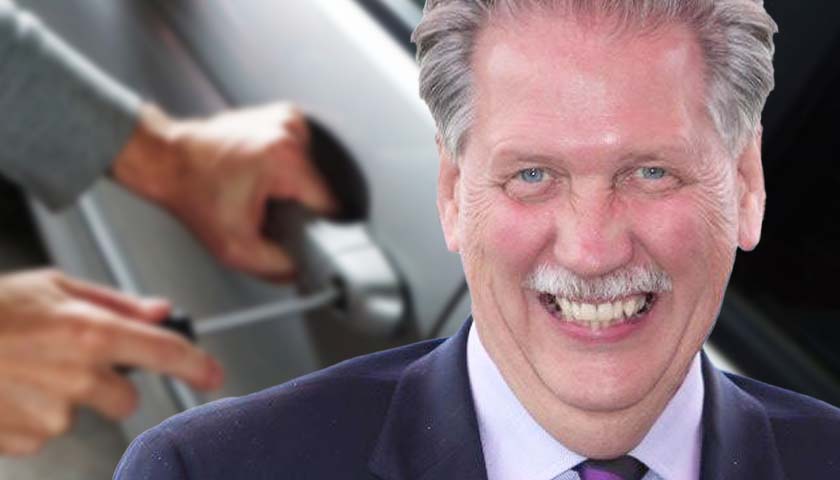 The mayor of Edina, a Minneapolis suburb in Hennepin County, has called on city leaders and residents to work together to extinguish increasing levels of crime.

Mayor Jim Hovland said in a recent letter to residents that the majority of criminals, out to steal cars and other property, are not from Edina. He called them “mobile criminals,” adding that some of them have assaulted their victims and even Good Samaritans.

“Edina residents have become angry and fearful. The peace and tranquility of our community has been disrupted,” he said. “At a time when we should be celebrating peace in our families, communities and places of worship, we all worry what each day will bring in the way of criminal activity.”

The city of Edina, known for its wealth and safety, has not escaped the increasing dispersion of Twin Cities criminals across the metro area. Numerous suburbs are struggling with high levels of car theft in particular.

Mayor Hovland said that both offensive and defensive approaches are necessary to stem the tide.

“On the offensive side, we are working day and night to apprehend these criminals and thwart future criminal activity,” he said. “We will look at the latest in technology to see how it can assist us in this effort and we will work closely with our neighboring communities to end this outburst of crime.”

As for the defensive side, Hovland urged residents to lock all doors and cars, hide valuables from prying eyes, and keep garage doors closed.

“These simple actions make a big difference in your personal vulnerability and the vulnerability of our community as well,” he concluded. “We live in a strong town with resilient and steadfast residents. Edina will persevere over this attack on our community, just as we have persevered over the Great Recession, the COVID-19 pandemic and the effect of civil unrest in a neighboring town.”

In related news, the Edina Police Department is offering a $5,000 reward for information that leads to the arrest of a group of young men suspected in an attempted carjacking.

The incident took place last Thursday at the 50th Street location of Lunds & Byerlys, an upscale grocery store. Four young men attempted to steal an occupied vehicle, but bystanders stepped in and thwarted the carjacking. Four people were injured, with one taken to the hospital.

Just two hours earlier, an attempted carjacking took place at a Lunds & Byerlys in St. Louis Park, a few miles down the road. That too was thwarted by a Fox 9 news crew who honked their vehicle’s horn.

The crew was at the store to work on a report of an elderly lady who was robbed of her purse.

A $5,000 reward is being offered for information leading to the arrest and conviction of the teenagers involved in an attempted carjacking in Edina Thursday, Dec. 9. https://t.co/jtn0CaqgFa pic.twitter.com/MGHhvcNUgd

Evan Stambaugh is a freelance writer who had previously been a sports blogger. He has a BA in theology and an MA in philosophy. In 2016 he was a volunteer, intern, and field assistant for Donald Trump’s successful presidential campaign.
Photo “Mayor Jim Hovland” by City of Edina, MN (Local Government). Background Photo “Car Theft” by TheDigitalWay.