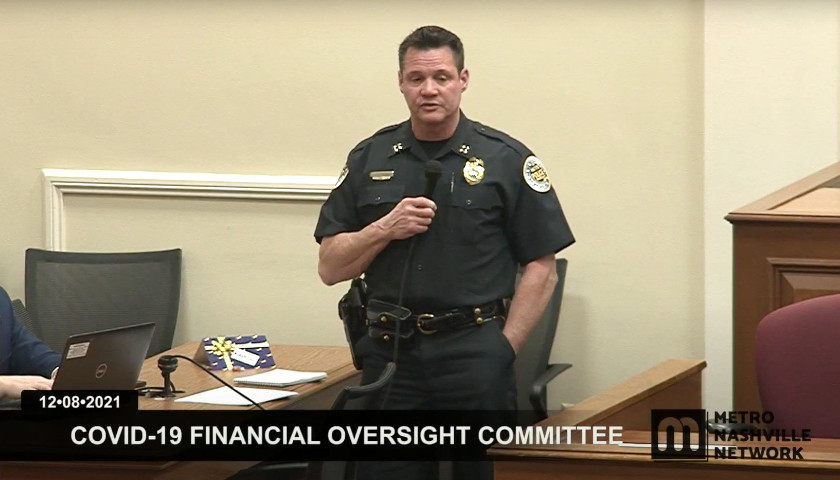 The Metro Nashville Police Department (MNPD) requested from the city’s COVID-19 Financial Oversight Committee a budget for new tasers, saying the ones they currently use are outdated, obsolete, and do not work properly.

MNPD Deputy Chief Chris Taylor told the committee in a December 8 meeting that the review of their taser equipment was prompted during COVID-19, while the department addressed how to arrest unruly suspects who were COVID-19 positive.

He said the department decided that an officer wearing personal protective equipment (PPE) would deploy a taser and arrest the suspect with minimal contact instead of, for example, wrestling a suspect to the ground.

“Hands down, what we’ve seen over and over is that tasers are our best [non-lethal] option,” he said. “Now, getting into that, our tasers are obsolete. We were informed earlier this year that they would no longer support them as far as software. So, I give you the example of trying to run the current PCs and iPads you have Windows 3. It’s not going to work.”

He also referenced two incidents this year, which coincidentally occurred on the same day, in which tasers were deployed, but did not work.

On March 15, a woman having a mental health crisis charged an MNPD officer with a pick ax. When the officer’s taser did not deploy correctly, he was forced to shoot her with his gun. She survived the shooting.

In the second incident that day, a taser failed to stop a woman from charging a police officer despite an accurate shot. She then grabbed the officer’s gun and shot him in the torso. She was killed by another officer after a brief shootout.

“Again, the taser didn’t do what it needed to do at that point and the reason being is the old model we currently have which again is going to be obsolete has a limited range,” Taylor said. “It’s not good real close and it’s not good far away.”

Since the COVID-19 pandemic brought about the review of the equipment, the committee approved the request, which now heads to the full city council for a vote.

Pete D’Abrosca is a contributor at The Star News Network. Follow Pete on Twitter. Email tips to [email protected].