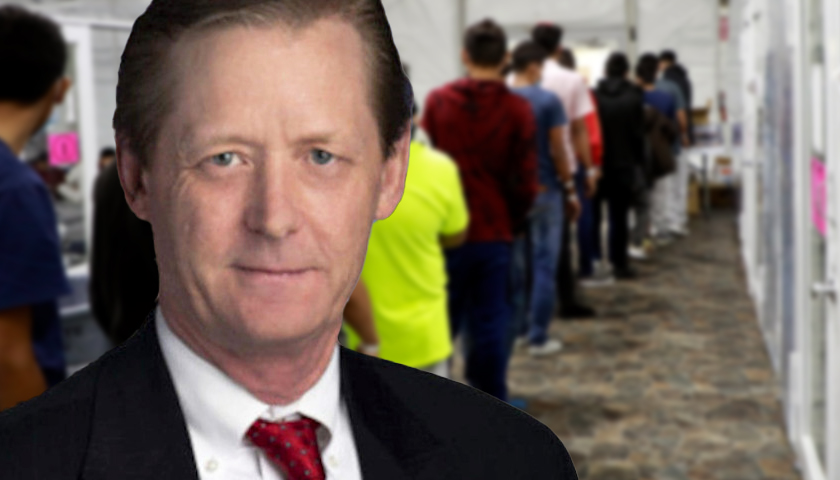 A State Representative in Tennessee Monday defended his bill that would allow school districts and charter schools in Tennessee to deny education services to illegal aliens.

Since 1982, when the Supreme Court ruled in a 5-4 decision on a case called Plyler vs. Doe, all schools have been required to treat illegal aliens like citizens and provide them with education services. Illegal alien students have been reaping the benefits of the American education system for nearly 30 years.

“Well that’s what the bill is designed to challenge,” he told The Tennessee Star. “That’s why I introduced the bill. Plyler was decided by five liberal justices and four conservatives. This is a straight up legal challenge to Plyler vs. Doe.”

Griffey noted that even the liberal Supreme Court justices who ruled in favor of free education for illegal aliens were not totally convinced that the issue should not be one of state’s rights, and that the dissenting minority said the decision should be left up to the political branches of government, not the judiciary.

“If states want to [give free education to illegal aliens], I’m fine with that,” he said. “I don’t like nine unelected people making policy decisions for the whole country.”

“I don’t think I’m really out there in the woods on this,” he continued. “Here’s the issue: can states treat illegals different than citizens? We’re simply not obligated to pay for education for people to come here illegally.”

He also said he hopes that other states will step up and file similar bills in order to challenge the ruling.

Asked what he thought of his political opponents calling him as a “bigot,” Griffey was unfazed.

“That’s part of their attack,” he said. “Rather than engage someone on policy arguments and constitutional arguments, the best thing for them to do is label their opponents bigots and call us names.”

He also blasted Republicans for their inaction on the issue since 1982, specifically calling out the Bush family and the Cheney family, who he said were more interested in giving tax cuts to giant corporations than protecting ordinary Americans who are “taking it on the chin.”