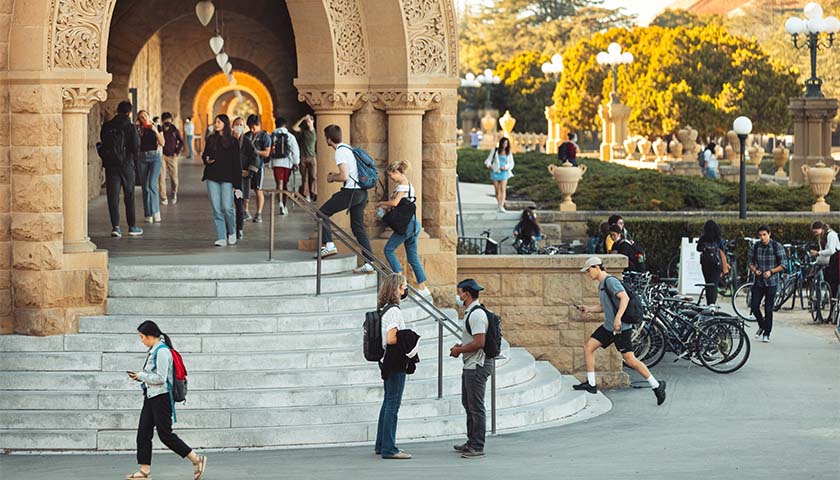 Stanford University administrators sent a campus-wide email regarding two ropes with loops discovered in a tree along a walking trail — even though there was no indication that the ropes were hung due to racist intent.

As reported by The Stanford Daily, the Stanford University Department of Public Safety believes that the ropes had been present for up to two years. However, Vice Provost for Institutional Equity, Access and Community Patrick Dunkley and Senior Associate Vice Provost and Dean of Students Mona Hicks informed students that “a noose is a potent symbol of anti-Black racism and violence that is completely unacceptable under any circumstances.”

The Stanford Review — a conservative student publication — added that administrators offered “mental health resources” to students coping with the discovery.

“This information is being shared with you so that everyone is informed as we move forward together as a community committed to calling out and addressing racism,” the email reportedly concluded.

“Calling out and addressing racism? No, these Stanford administrators are committed to inventing racism,” Stanford Review’s Maxwell Meyer wrote Nov. 29.

This is not the first time an American university has acted on dubiously verified information.

In April, an anonymous Instagram account claimed that Black students at Adelphi University had been the recipients of lynching threats. Although the university sent two warnings to the student body, local police found no evidence that the threats were real.

Campus Reform reached out to Stanford University for comment; this article will be updated accordingly.

Ben Zeisloft is a Campus Reform Student Editor and Pennsylvania Senior Campus Correspondent, reporting on liberal bias and abuse for Campus Reform. He is studying Business Economics & Public Policy at the University of Pennsylvania’s Wharton School. Ben also reports on economics for The Daily Wire, and his past work can be found in Spectator USA. He is the editor-in-chief of The UPenn Statesman, an independent newspaper devoted to free speech, as well as an editor of the Penn Epistle, a student-led Christian magazine.
Photo “History Corner” by Stanford University.