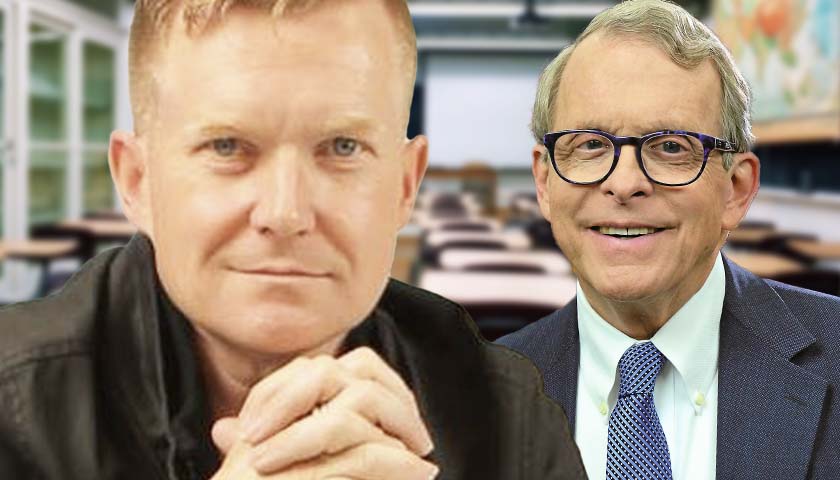 During the coronavirus pandemic, many schools were forced to move to “remote learning” for large time periods. Because of this, students have been faced with unique mental and physical health issues.

However, Knopp argued that the extended lockdown and remote learning period was too long in Ohio.

“Rather than listening to the parents and students he was elected to serve here in Ohio, Mike DeWine spent his time listening to New York’s disgraced, far-left Governor Andrew Cuomo—and Ohioans will be suffering the consequences for a generation. Mike DeWine sold out our entire state when he chose power and liberal praise over protecting our children’s mental health, and it’s simply unforgivable,” Knopp said.

One study from McKinsey and Company showed that Black, Hispanic, and Indigenous students were impacted the most by online learning. In the study, students were “three months behind where we would expect them to be in mathematics.”

Knopp claimed that his experiences demonstrated a need for new leadership, including Governor Mike DeWine. According to Knopp, his running mate, GOP gubernatorial candidate Jim Renacci, would not impose similar restrictions.

“As a parent, I had a front row seat the disaster and corruption that have defined DeWine’s term as Governor, and Ohio cannot afford to give him another one. Jim Renacci is the conservative and accountable leader Ohio needs right now, and I’m excited to join his team and give a voice to our children and families in this fight,” Knopp added.