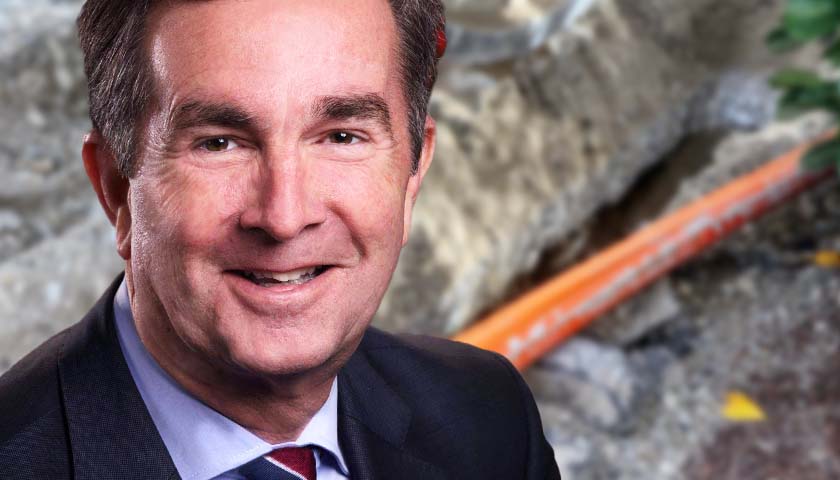 Governor Ralph Northam, Senators Tim Kaine (D-Virginia), Mark Warner (D-Virginia) and Representative Abigail Spanberger (D-Virginia-07) stopped in central Virginia Monday to announce the allocation of $722 million in grants to localities for Virginia’s universal broadband push. Northam’s announcement states that money, alongside over $1 billion in matching funds from partners, will push Virginia to 90 percent of its goal of universal broadband.

At a press conference, Northam showed two maps: a 2018 map with broadband only near major population centers, and a 2022 map with most of the state colored blue, representing broadband access.

“This has always been very personal to me. I’m from the Eastern Shore, this little piece of Virginia that’s not connected to the rest of the Commonwealth, by land anyway,” Northam said. “When I started in 2018, we didn’t have broadband, and we do now, which I am pleased to have. But we always knew that broadband was important for everybody, no matter who you are, no matter where you are in Virginia, it has become a necessity.”

Northam said, “Since 2018 our administration has awarded $846 million in broadband grants and connected over 429,000 homes and businesses. And today, we’re making major awards announcements to finish that job.”

The $722 million comes from American Rescue Plan Act (ARPA) and the Virginia Telecommunication Initiative. The grants go to regional commissions across Virginia.

“Paired with commitments from private partnerships and other sources, we’ll be able to close the digital divide much faster than we could have imagined four years ago.” Northam said, “We have made certain that every Virginian will have broadband access by 2024.”

Northam is finishing out his term in office, and has been touring Virginia and finalizing his initiatives with a series of public announcements focused on legacy-defining policy.

Universal broadband access has become an issue both Democrats and Republicans are working to claim. During the recent election cycle, Governor-elect Glenn Youngkin attacked Terry McAuliffe with an ad highlighting the issue. Youngkin has said he would invest in broadband.

Warner and Spanberger have touted additional funds for broadband expansion in the recently-passed infrastructure bill.

Warner recalled his career in telecommunications. He said, “I can remember as early as the 90s as we were thinking about this notion of an internet-connected world. And there was a lot of promise. And for a long time, what we ended up seeing though, was this promise we saw manifest itself as connections were made in places like Mumbai in India, or Shanghai in China. They got the benefits of a connected, internet-driven world. But rural communities all over Virginia, for that matter all over the country, didn’t get those benefits.”

Eric Burk is a reporter at The Virginia Star and The Star News Network. Email tips to [email protected].
Photo “Governor Ralph Northam” by Governor of Virginia. Background Photo “Internet Cable” by planet_fox.