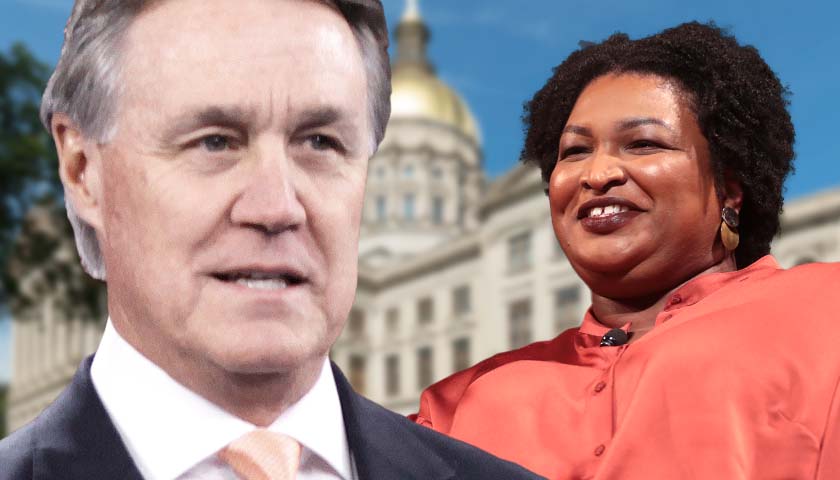 If Abrams wins, Perdue told Breitbart News Saturday, then the GOP will not recapture the White House in 2024.

“Stacey has clearly said her life plan is she will be president of the United States in ’28. She wants to run. The first thing she will do if elected governor of Georgia is she will turn around and start running for president in ’24. We will not get the senate majority back if she wins this governor’s race,” Perdue said.

“She has talked about opening our borders. She has talked about opening our elections to have no voter ID. She wants illegal immigrants to have the right to vote. This would put them in power forever. In the state of Georgia, now, no presidential candidate can win in 2024 without Georgia. If Stacey Abrams is the governor of Georgia then no Republican president will win Georgia.”

Perdue said he personally likes Kemp and that Perdue’s choice to campaign against the incumbent governor is not personal.

The special session did not happen. Had such a special session occurred then state legislators would likely have addressed the appointed presidential electors and the implementation of laws limiting voter fraud in the general election runoff. Kemp, last December, would not use his authority to change the date of the state’s two U.S. Senate elections from January 5 to February 1 of this year. Moving back the date might have given members of the Georgia General Assembly additional time to coordinate and develop ways to prevent potential election fraud.

In their lawsuit, Perdue and Elizabeth Grace Lennon requested access to Fulton County’s absentee ballots and absentee envelopes from last year. They filed the suit in the Superior Court of Fulton County. Lennon said county officials denied her the right to vote.

Perdue said last week that he would not have voted to certify the state’s 2020 election results. He conceded his reelection bid for the U.S. Senate earlier this year to current Senator Jon Ossoff (D-GA).