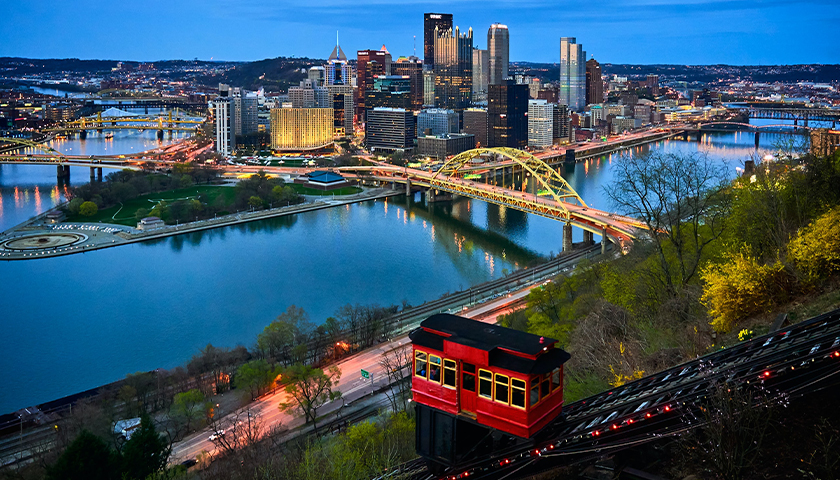 For decades, many of us in northeastern Pennsylvania have talked about knocking the rust off our regional economy and creating not only new jobs but also new industries.

Diversifying the economic portfolio of northeastern Pennsylvania means creating an ecosystem for entrepreneurs that helps small businesses prosper in our downtowns through partnerships with the region’s great institutions of higher education – partnerships like the Invent Penn State launchbox at Penn State Hazleton and the Idea Hub at the Wilkes-Barre Innovation Center.

Creating a strong regional economy also means investing in the economic assets – like Pennsylvania natural gas – that enable us to compete for good manufacturing jobs. Affordable, Pennsylvania-produced natural gas is a foundational component of our national economy, fueling America’s manufacturing plants, farms, hospitals, schools, and homes. The Keystone State’s natural gas powers our energy economy and produces thousands of family-sustaining jobs, ranging from the scientist in the laboratory to the union laborer on the pipeline.

Environmental extremists condemn any job tied to natural gas; green jobs, they say, are the ones we should pursue. But how does one manufacture products like N95 medical masks, solar panels, or wind turbines without natural gas or some other fossil fuel? While scientists agree that we need to be more aggressive in reducing carbon emissions, no one has discovered an immediate path to the decarbonization of our economy.

Instead of building a bridge to decarbonization through innovations in natural gas production that have already produced significant reductions in CO2 emissions, environmental extremists in the legislature declare war on every natural gas project in the state.

In just the last four years, extremists advancing a radical energy agenda have succeeded in shutting down five major economic-development projects that have cost Pennsylvanians more than 25,000 union jobs and $5 billion in economic opportunities.

The radical energy agenda that shuts down good energy jobs hurts families, undermines communities, and stifles the environmental progress we have made through natural gas innovations.

During the last decade, natural gas production in Pennsylvania has helped reduce CO2 emissions in the United States by 758 million metric tons – more than any country in the world. By comparison, China has seen its CO2 emissions grow at a breakneck pace that far exceeds that of the United States and nearly all developed countries combined. If extremists continue to advance a radical energy agenda that erodes the United States’ position as a global leader in the production of cleaner-burning natural gas, we will concede our economic future – and global progress on climate change – to China.

The radical energy agenda will slow our environmental progress with demands for scientifically unattainable goals that disrupt the management of our electric grid and produce higher utility bills for every business and homeowner. Are you enjoying the surge in inflation that is spiking the cost of nearly every good and service? You can thank environmental extremists who care more about the rhetoric of energy policy than they do about responsible economic planning.

Over the past few years, Europe aggressively pursued a radical energy agenda that embraced an “all in” renewable energy policy with no backup plan when their electric grid failed to meet demand. The result: greater dependence on Russian natural gas, higher utility costs for consumers, and the closing of manufacturing plants across Europe. Is this the economic future we want for Pennsylvania?

While these troubling trends paint a dark future for the Pennsylvania economy, many leaders are still committed to opposing the radical energy agenda embraced in policies like the Regional Greenhouse Gas Initiative (RGGI) and the Green New Deal.

One recent energy victory came with help from members of the Pennsylvania Building & Construction Trade Unions, the Pennsylvania Manufacturers Association (PMA), and other business groups, who fought for the enactment of Act 66 of 2020, which established the Local Resource Manufacturing Tax Credit. The tax credit is designed to leverage Pennsylvania’s natural gas assets to attract billions of dollars in private investment and create thousands of new jobs, including jobs that pay prevailing wage rates to union workers.

A Pennsylvania Manufacturers’ Association study estimates that the Local Resource Manufacturing Tax Credit will generate 4,400 jobs and more than $1.6 billion in economic benefits from the construction of new manufacturing facilities that use natural gas as a feedstock in their production process. Since the creation of the tax credit, two companies have expressed intentions to construct new manufacturing plants that will invest more than $6 billion and create more than 5,000 new jobs in northeastern Pennsylvania.

If Pennsylvanians are to enjoy a prosperous future, they deserve an honest conversation about energy. The state’s energy policies should be developed through compromise and thoughtful planning that keeps energy affordable for consumers, advances effective climate solutions, and produces quality jobs for our families.

John Yudichak represents the 14th district in Pennsylvania’s State Senate. You can follow him on Twitter @SenJohnYudichak.