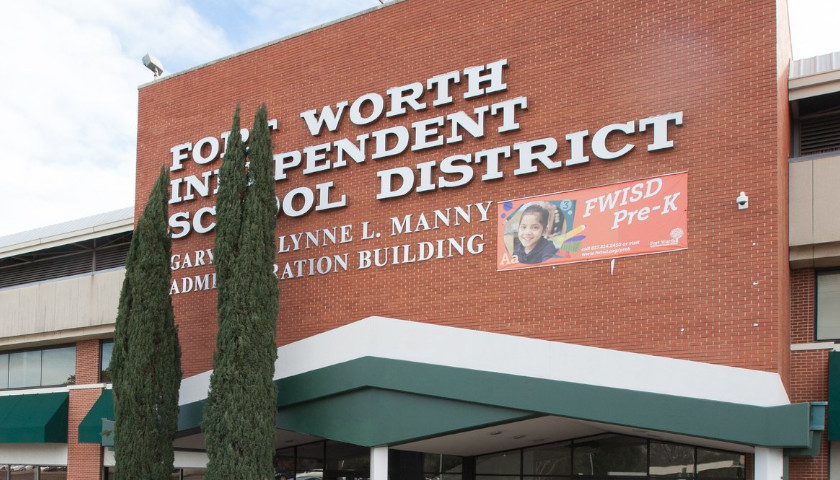 The co-chair of a racial equity committee at a Texas school district resigned Wednesday after admitting she had doxxed parents who opposed her policies and left one a profane voicemail, Fox News reported.

While Norma Garcia-Lopez was co-chair of the Fort Worth Independent School District’s (FWISD) school board Racial Equity Committee, she shared parent information and encouraged others to call parents out for opposing mask mandates, Fox News reported. Garcia-Lopez shared the phone number and home address of one parent, Jennifer Treger, in addition to the employer, work email address and phone number of another parent, Kerri Rehmeyer.

“It’s astounding what the ‘White Privilege’ power from Tanglewood has vs a whole diverse community that cares for the well being of others,” Garcia-Lopez wrote publicly, according to Fox News. “These are their names: Jennifer Treger, Todd Daniel, Kerri Rehmeyer and a coward Jane Doe. Internet do your thang,” Garcia-Lopez wrote.

Garcia-Lopez announced Wednesday that she was resigning from her position because she “cannot allow the vile and relentless attacks on me by white supremacists to distract from or overshadow the continued pursuit of equity in FWISD,” according to an email she wrote, obtained by Fox New from a school board member.

“I am writing to inform [FWISD] that it has become necessary for me to resign from my volunteer positions with the District, including as a member and co-chair of the Racial Equity Committee and as a member of the Redistricting Committee,” Garcia-Lopez wrote in the email, Fox News reported. “Every student in FWISD deserves equity and respect. That is my passion and reason for serving on those committees,” the email said.

Garcia-Lopez admitted to releasing the personal information of and leaving a profane voicemail for Rehmeyer, who along with others, sued FWISD to block its COVID-19 mask mandate and obtained a temporary injunction in August, Fox News reported.

“F— you, you stupid b—-. F— you with your White privilege, not caring about the well-being of others, f— you,” Garcia-Lopez said in the voicemail, Fox News reported. Garcia-Lopez claimed that Rehmeyer, along with other parents, “sent a lynch mob to attack me,” aiming to “silence me from advocating for equity.”

“Some people consider my actions doxxing,” Garcia-Lopez said, according to the Fort Worth Star-Telegram. “It’s not doxxing when you expose someone who filed a public motion in a public court of law that impacts public school children.”

“My message contained harsh language — no threats,” Garcia-Lopez said, according to the Fort Worth Star-Telegram. “Some people find my choice of words in that message offensive. But what’s really offensive is that four white parents could hold so much power.”

Rehmeyer argued that Garcia-Lopez’s actions were wrong, arguing that she “told people to go after us, said where I worked,” Fox News reported. “I received 17 voicemails at work from one person” and “had a previous client who said she hoped that I died,” Rehmeyer said.

Rehmeyer also told Fox News that some of the parents’ businesses received negative reviews online from people who “don’t even try to pretend that they were clients.”

Treger said her focus has always been on informing and protecting the families in her school district, calling it “disheartening that some people feel the discussion around masks should be tied to race.”

“The color of one’s skin plays no part in my belief that families should have the option to choose whether they mask their children or not,” she said in a statement to the Daily Caller News Foundation. “Sharing personal information publicly with ill intent was hurtful to many in our community. We should all be able to disagree and still remain respectful of one another’s opinions.”

“Ultimately, we are relieved to hear that Norma Garcia-Lopez will no longer hold positions of influence in Fort Worth ISD, but we are disappointed by the complete lack of action by the Board of Trustees,” Rehmeyer told Fox News.

“But they don’t care what happened to the parents of nine children in Fort Worth ISD, that’s the biggest issue right there,” Plemons said. “So she’s gone, she’s gonna show back up someplace else, she’s not out of this. She’s just not on this committee, and that’s good, but it doesn’t solve the issue that the board doesn’t feel she was wrong.”

Garcia-Lopez is a community member, but not an employee of the District, district spokeswomen Claudia Garibay told the DCNF in a statement. “She has voluntarily relinquished her position as co-chair of the Racial Equity Committee,” the statement said.

Kendall Tietz is a reporter at Daily Caller News Foundation.
Photo “Fort Worth Independent School District” by Fort Worth ISD.