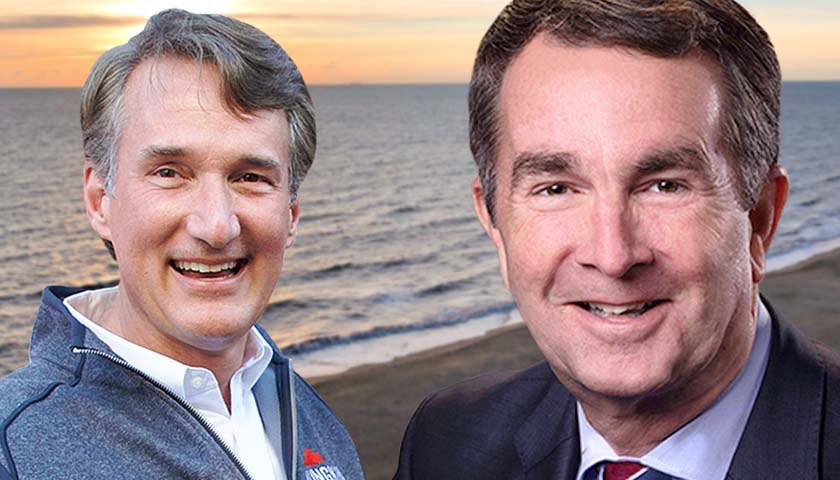 “We must acknowledge that climate change is permanently altering the physical limits of our coastal lands,” Northam said in a press release. “The only way we can adapt and maintain our thriving communities is with thoughtful planning, reliance on science, and a willingness to make tough decisions. This Master Plan will guide decisions by the Commonwealth and our local government partners.”

On Wednesday, Youngkin told the Hampton Roads Chamber of Commerce, “To be clear, we also have to work together to combat sea rise in Hampton roads, I know this. We face immediate and ongoing challenges, we all see it and know it. Governor Northam released his long awaited Coastal Resiliency Master Plan yesterday, it confirmed what we know. We have a challenge and now we have to formulate a plan.”

“But at the heart of that plan will be my strong support calling for a coastal resiliency administration. That will in fact have the ability to contract, to buy, to invest, and this administrative authority will be able to leverage federal money to invest in projects that address rising sea and flooding issues in Hampton Roads,” Youngkin said.

Northam ordered the creation of the plan in a 2018 executive order. The plan reports flooding impacts between 2020 and 2080, including residents living in homes exposed to extreme coastal flooding will increase 160 percent from 360,000 to 943,000 and annualized flood damages will increase 1,400 percent from $0.4 billion to $5.1 billion.

It also includes a database of resilience project needs in Virginia, based on surveys of localities and local officials.

“The Virginia Coastal Resilience Master Plan describes and identifies many projects proposed by local governments and other sponsors that will make some areas and assets more resilient in the near term. However, there are many areas of identified risk for which neither short nor long term solutions currently exist,” Northam wrote in an accompanying letter.

Phase two of the plan, scheduled for 2024, will include rainfall driven and river flooding while continuing to inventory resilience projects.

“As Chair of the Hampton Roads Chamber of Commerce, we enthusiastically support the continued development of the Coastal Resiliency Master Plan,” Clark Nexsen Senior Principal Chris Stone said in Northam’s release. “All along our coastal communities, sea level rise, increased storm intensity and frequency, recurrent coastal flooding along with increased levels of precipitation are negatively affecting our residents and businesses.”