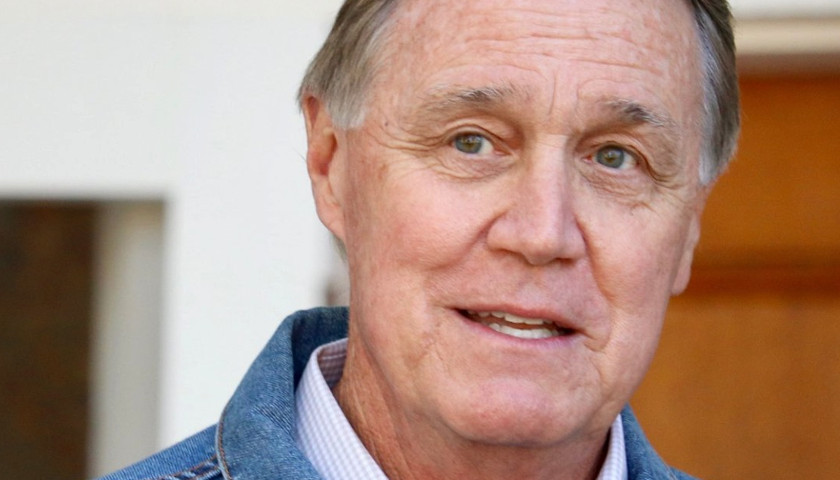 Former Sen. David Perdue (R-GA) who is currently challenging Gov. Brian Kemp (R-GA) in the Peach State’s gubernatorial primary, said in a Thursday interview that he would not have voted to certify the 2020 election results in the state.

Last week, Perdue announced that he would run for governor. He lost his Senate reelection bid to Democrat Jon Ossoff after a runoff election in January.

Perdue did not claim that his runoff election was rigged, but asked that election integrity measures be put into place.

“What I’ve asked for is to get this cleaned up, to make sure that our elections going forward are fair and can rebuild the confidence of people,” he told Axios.

Election integrity was, and likely will continue to be, a massive issue in the state, which put Kemp at odds with former President Donald J. Trump. The forty-fifth president maintains that there was massive voter fraud in the state of Georgia, and in other states around the country.

But Kemp certified the 2020 election results, which is required of the governor in Georgia, much to Trump’s chagrin. The only recourse for election challenges in Georgia is through the courts.

Now, Trump is throwing his weight behind Perdue.

“Wow, it looks like highly respected Senator David Perdue will be running against RINO Brian Kemp for Governor of Georgia. David was a great Senator, and he truly loves his State and his Country. This will be very interesting, and I can’t imagine that Brian Kemp, who has hurt election integrity in Georgia so badly, can do well at the ballot box (unless the election is rigged, of course). He cost us two Senate seats and a Presidential victory in the Great State of Georgia,” Trump said in a Dec. 6 statement.

The winner of the Republican gubernatorial primary will likely square off against Democrat powerhouse Stacey Abrams, who lost to Kemp in 2018 and notably refused to accept the results of that election, a fact from which she is attempting to distance herself.

She has still not conceded the race to Kemp, and even after Kemp was sworn-in, claimed that she was the rightful governor of the state.

Pete D’Abrosca is a contributor at The Georgia Star News and The Star News Network. Follow Pete on Twitter. Email tips to [email protected]
Phot “David Perdue” by David Perdue.