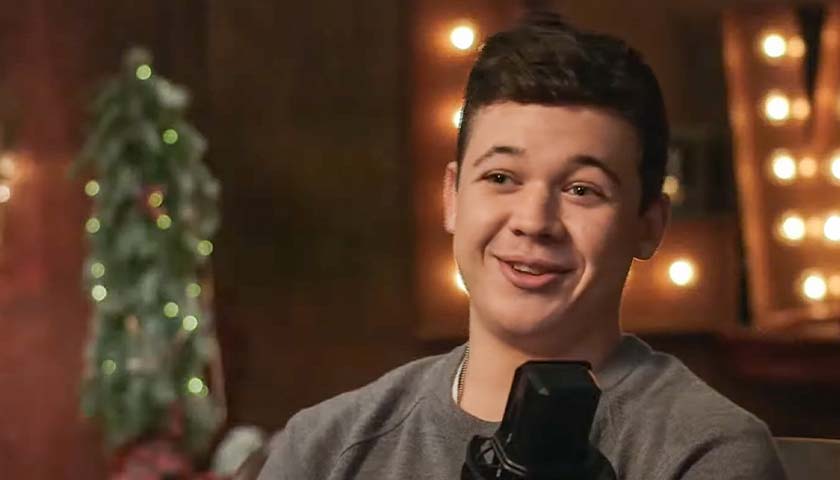 After demands from Arizona State University students that Kyle Rittenhouse – the now-18-year-old who was acquitted of all charges brought against him when he defended himself against rioters in Kenosha, Wisconsin – be banned from going to ASU, Rittenhouse himself issued a simple response: “I’m going.”

In an interview with conservative commentator Steven Crowder, Rittenhouse touched on the “very, very small” ASU student protest against him, calling him a “white supremacist killer,” declaring that, despite the students opposition to him, he still plans to complete his undergraduate degree there.

“I’m going to ASU in the spring in person”, Rittenhouse said. “I want to do my 4-year [undergraduate degree] there before I take the LSAT and go do my three years of law [school]”.

Initially, Rittenhouse wanted to become a nurse. But after alleging “prosecutorial misconduct” in his own trial, he now hopes to become a criminal defense attorney.

Rittenhouse also alleges that, contrary to what ASU claimed in an email to Campus Reform, he was admitted as a student.

“I’m enrolled, I’m just not in any classes. I’m admitted; I have a student portfolio,” Rittenhouse claimed in the interview with Crowder.

Prior to his claims, the ASU told Campus Reform that “Kyle Rittenhouse did not go through the ASU admissions process but was enrolled in two publicly available courses for this semester” that University records show that he is now no longer enrolled, a status precipitated by his own actions”.

Rittenhouse also appeared to indicate that his unenrollment from the school came after his professors offered him “compassionate withdrawal.”

Should Rittenhouse follow through on his plans to go to ASU, the school has assured Campus Reform that “his application will be processed as any other would be.”

Invoking the Family Educational Rights and Privacy Act, ASU declined to provide further comment about Rittenhouse, instead referencing their previous statement that he “did not go through the ASU admissions process” and is “is now no longer enrolled, a status precipitated by his own actions.”

Campus Reform reached out to Rittenhouse’s lawyers for clarification. This article will be updated accordingly.