WTN’s Brian Wilson: A Source Who Works at MPHD Says Dr. Stephanie Kang ‘Is Focusing on Creating A Hostile and Racist Work Environment’ 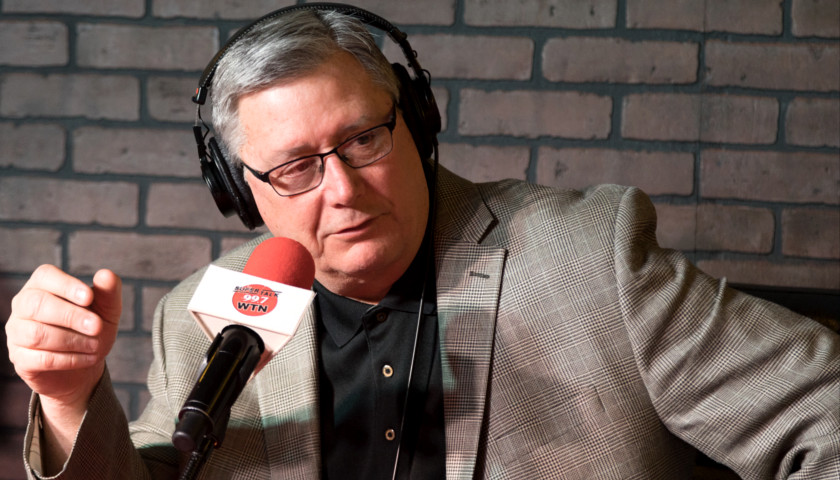 Brian Wilson, host of The Drive on WTN 99.7, broadcast weekdays from 3 pm to 7 pm, discussed the ongoing drama at the Nashville Metro Public Health Department on Thursday’s edition of the show.

I think I have enough time to squeeze it in before we get a verdict from the Jussie Smollett case. And it has to do with something that has happened at the Metro Public Health Department. You may remember, I’ve been talking about this story for some time now.

I thought it was resolved, but apparently, it is not. It goes back to the Kyle Rittenhouse verdict. He was found not guilty by a jury of his peers.

And here in Nashville, employees of the Metro Nashville Public Health Department got a memo in their memo box, their email box from someone in the department that said the following.

They gave the details about the Rittenhouse verdict. And then they went on to say “we recognize these injustices” suggesting that a verdict from a jury of Kyle Rittenhouse’s peers was somehow an injustice when, in fact, that’s the very meaning of justice, to have your peers judge you in a court of law, after all, the facts have been presented.

“We recognize these injustices can cause distress and harm for the BIPOC community.”

That means black, indigenous people of color, the BIPOC community, and exacerbate trauma instilled through acts of racism and pervasive white supremacy and depression.

The suggestion was that it was an act of injustice and somehow this would install trauma because it was an act of racism and white supremacy. And they said we want you to know that we understand the pain you may be feeling about all this.

“We must move forward to collectively disrupt systemic racism,” the memo says.

“And reaffirm our shared values of equity and inclusion publicly and to practice.”

And then they said, if you’re being triggered by all of this, we want you to know we’ll provide a space for healing.

All right. I thought that was a little much. We read it. We got some response to it. Folks at The Tennessee Star did a story or two on it. We called Steve Glover, councilman-at-large, said, what about this? And when he heard about it, well, he was a little bit angry.

This is absolutely disgusting that we have an agency that runs with tax dollars putting out this type of, and I’m going to call it propaganda because that’s exactly what it is. It didn’t turn out the way the far left wanted it.

So, therefore, they think it’s okay to use tax dollars and tax equipment and tax email, and tax services in order to distribute their message. I tell you what, Nashville better wake up.

There you have a little bit of what Steve Glover had to say.

Now, we have since learned that this memo was written by the director of diversity, equity, and inclusion, and I don’t know what that person does. I have been given a job description that describes what this person is supposed to do:

The Metro Health Department is seeking a Director for the Bureau of Diversity, Equity and Inclusion (DEI) the experienced public health professional is a leader and a dynamic individual and can drive transformational change within a large public health agency.

Within is the keyword there.

The incumbent will be responsible for executive-level strategy and for cultivating a work environment that encourages and supports the DEI.

Again, that’s diversity equity and inclusion initiatives designed to improve the delivery of public health services to the upper representative.

They should be a relationship builder who can diplomatically maneuver in a complex organization and gain buy-in from key internal and external stakeholders to achieve the development and implementation of results-focused policy and strategies that support the DEI efforts.

Now the person who got this job is Dr. Stephanie Kang. She’s the one who wrote the memo. And after Steve Glover raised unmitigated hell about that memo, the health department stopped for a moment, looked at the memo – and I’m not kidding you – they issued a complete and what seemed like a very sincere apology for having gone overly overboard.

We all said, “Okay,” right here on this show, I said, “Okay, if you’re going to get an apology, well, then I accept the apology.” We move on.

I’m glad that you see the error of your ways. Dr. Stephanie Kang is the person who wrote that memo. What do we know about her? Harvard educated. Her last job before coming back to Nashville, she was born and raised in the area was that she worked as the health policy advisor for Congresswoman Pramila Jayapal.

And this is who Stephanie Kang worked for. Now, why am I bringing you this stuff? Because there was a new development we started to tell you about it yesterday. Apparently, after all of this broke, there was a conversation that took place between Dr. Stephanie Kang and a guy by the name of Brian Todd, who works at the health department.

It was in Brian Todd’s office. Now, I don’t have all of the verbatim of what was said there, but it was a loud enough conversation that people in the hallways and nearby could hear everything that was being said.

And there was apparently something said about this guy being a white man who doesn’t understand the situation. And then Brian Todd responded by saying, “Dr. Kang, get out of my office now.”

I’m paraphrasing, but that’s the essence of what happened.

Kang left the office, went down the hallway, we are told, and filed a complaint against Brian Todd.

Brian Todd, as of yesterday, was on administrative leave while the matter is being investigated and it all apparently had to do with this memo.

Let me just read you something that came to me from someone who works in the Metro Health Department and their take on it. I don’t know.

I’m not there, but this person is.

The goal of Dr. Kang’s position was to focus on the disparities in the community, but she has been focusing on what she considers internal disparities, high-level positions with individuals who are white or of white privilege, as she calls it.

She is focusing internally instead of focusing on helping the community like her position states she should be. She is focusing on creating a hostile and racist work environment. Employees are in fear of losing their jobs if they speak out against her and the environment she is creating.

The job description says she’s supposed to collaborate. She’s supposed to be a team builder, somebody who can work with others well. But I’m being told by people who work there that that has not been their experience with Dr. Stephanie Kang.

There’s another story on it and this one comes from The Tennessee Star, they’ve been talking to members of the health board about all this. Let me read to you from that story:

No one affiliated with the Metro Nashville Public Health Department on Thursday wanted to discuss whether and why one employee is reportedly on administrative leave for verbally sparring with the director of health equities, Dr. Stephanie Kang.

The two allegedly argued over an email that Kang sent to employees calling the Kyle Rittenhouse verdict an injustice source said these events resulted in the MPHD official placing Todd on administrative leave.

“Is that true,” they asked.

No one that The Tennessee Star contacted on Thursday wanted to say.

They contacted, contacted all six members of the Metro Public Board of Health, and only one of them, Lloyda Williamson, made herself available.

“I have no information on the subject of which you’re referring,” Williamson said when asked by phone to confirm whether Kang formally complained about Todd.

I am not going to comment about this. I don’t have any information. A spokesman for the Health Department Matthew Peters would not provide, rather, a copy of the complaint that Kang allegedly filed against Todd or information about Kang’s yearly salary.

The Tennessee Star asked Peters if Kang has created an environment of fear or anyone who disagrees with her fears, her politically progressive agenda, for fears that she will file a complaint against them, Peters said via email, no.

Well, I just gave you one person who said that was the case, someone who works there.

We also asked Peters why the MPHD even needed a director of racial and health equity in its 500 member department. He declined to respond and instead attached the minutes from a March 2020 MPHD board meeting.

The document said 40 percent of Nashvillians are people of color and 12 percent are not born in the United States.

I want to remind you, of course, they say here that MPHD did issue an apology for Kang’s email about Kyle Rittenhouse and The Tennessee Star specifically asked Peters Wednesday if Todd was available for comment, and Peters said, and I quote, “He’s out.”

I don’t know what’s going on down there, but it sounds as if it’s becoming a very toxic place to work. And all I know is this has to do with the memo that we are told was written by Dr. Stephanie Kang that would apologize for.

But now follow-up conversations about this have led to a filing of a complaint against one Brian Todd and he’s on administrative leave while they try to figure out what to do.

And I’ve got emails coming in from the Department of Health saying this place is toxic and we’re fearing for our jobs!

I got one more thing to add to that. Tell you a little bit about what’s going on down there. I have the name here. I want to get it to you. Her name is Michelle Purdue is one of the Bureau directors there.

Today she tendered her notice after 23 years and wrote a very nice little note saying goodbye.

And according to my sources within the Health Department, they believe it all has to do with this brouhaha regarding Dr. Stephanie Kang. We’re on it. I’ll stay on it. That’s all I know at this point, but it does sound like something’s going on down there that ain’t too savory.

And I don’t understand why a memo that they issued and they admitted was a mistake has continued to be a problem for people down there.

And all I can tell you is all of the emails I’m getting from people who work in that department really describe a very toxic situation.

What’s going on at the Metro Health Department?