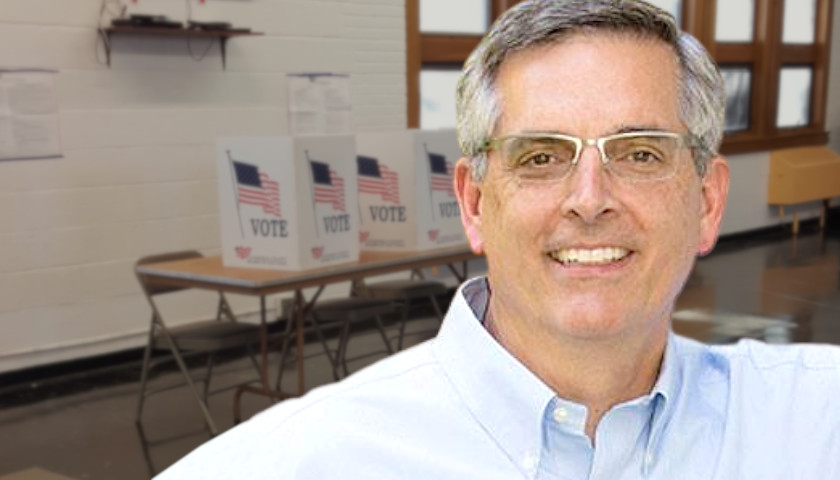 Georgia Secretary of State Brad Raffensperger appeared on Tuesday’s edition of The John Fredericks Show and told voters why he believed the state’s 2020 presidential election was legitimate and why he thinks he’s worthy of reelection.

During his appearance, the secretary of state even pitched his candidacy to voters who supported former President Donald Trump. This, even though Trump and his supporters have long questioned Raffensperger’s competency.

“The drop boxes were added once we were into COVID-19. The state election board said that we wanted to have absentee ballot dropboxes,” Raffensperger said.

“They did not want voters coming into the election offices because of concerns over COVID, and voters didn’t want to go inside to drop off absentee ballots. There was a problem that the U.S. postal service was unreliable. I had no control over that. It was required that if you did use a dropbox that you had to have it under video surveillance.”

Several members of the Georgia General Assembly have told Fredericks they were unaware of the state’s consent agreement with Stacey Abrams prior to last year’s election.

Author Mollie Hemingway said in her new book “Rigged: How the Media, Big Tech and the Democrats Seized Our Elections” that Raffensperger’s actions enabled absentee voting known to favor Democrats last year. Some of those electoral changes involved absentee or mail-in ballots, which Georgia’s General Assembly did not approve.

State legislators are the only entity the state’s constitution recognizes when it comes to authority over elections.

Writers at The Post, upon discovering new evidence, later corrected their story.

Fredericks concluded the interview by asking Raffensperger what he would say to Trump voters in advance of next year’s election?

“What I want to show them is that I will fight hard for election integrity and also to restore voter confidence in the election process,” Raffensperger said.