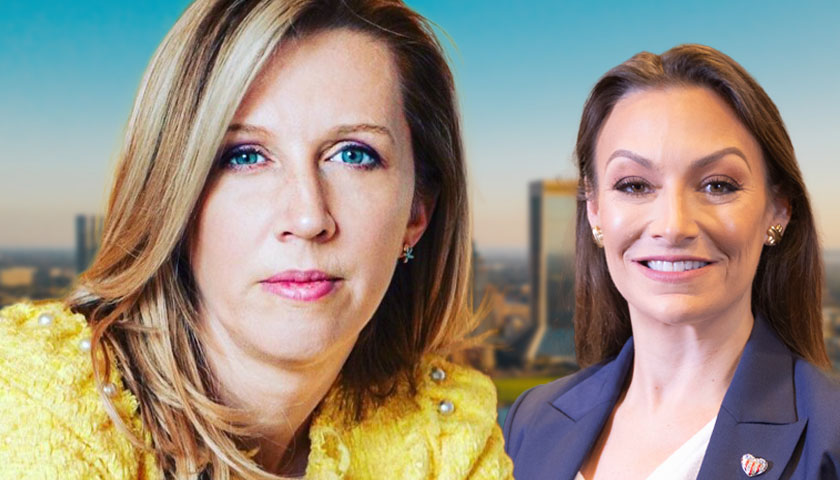 A communications consultant for one of Florida’s Democrat candidates for Governor suggested Monday that the Federal Bureau of Investigation should investigate right wingers who criticized her on Twitter.

“In the last days, after posting the above,I am also getting followed by retired police who follow Breitbart, people who work for the alt-right publication in Spanish The American, and other alt-right people,” Evelyn Perez-Verdia said on Twitter.

In her post, she tagged FBI Miami, FBI as a whole, the Department of Justice (DOJ) and a counterterrorism researcher, suggesting that right-wingers who disagree with her should be investigated by federal authorities.

She was referring to an earlier post wherein she compared Media Research Center’s new Latino website to One America News, which the political left often calls a “far right” outlet.

In the last days, after posting the above,I am also getting followed by retired police who follow Breitbart, people who work for the alt-right publication in Spanish The American, and other alt-right people. @FBIMiamiFL @FBI @DOJPH @TAPSTRIMEDIA

“It is ironic that Democrats like Evelyn Perez-Verdia and her boss Nikki Fried, who have spent the last few days hysterically comparing Governor DeSantis to Fidel Castro, would demand the FBI to investigate, intimidate, and censor journalists who critique their political stances,” Gov. Ron DeSantis’ Press Secretary told The Florida Capital Star Monday. “That’s exactly what a fascist or communist dictator would do. This is just the latest evidence that Democrats who call Governor DeSantis a ‘dictator’ are engaging in projection: accusing others of what they do themselves.”

Fried is Florida’s current Agriculture Commissioner, and she faces a steep uphill battle in her bid to take down DeSantis.

First, she must defeat former Republican Governor turned Democrat Rep. Charlie Crist (D-FL-13), a veteran politician, in the 2022 Democrat primary. The pair appears to be closely matched in polling and fundraising.

Still, the winner of that race has to battle DeSantis in the general election.

DeSantis is one of America’s most popular governors, due largely in part to his refusal to enact draconian COVID-19 measures in the Sunshine State.