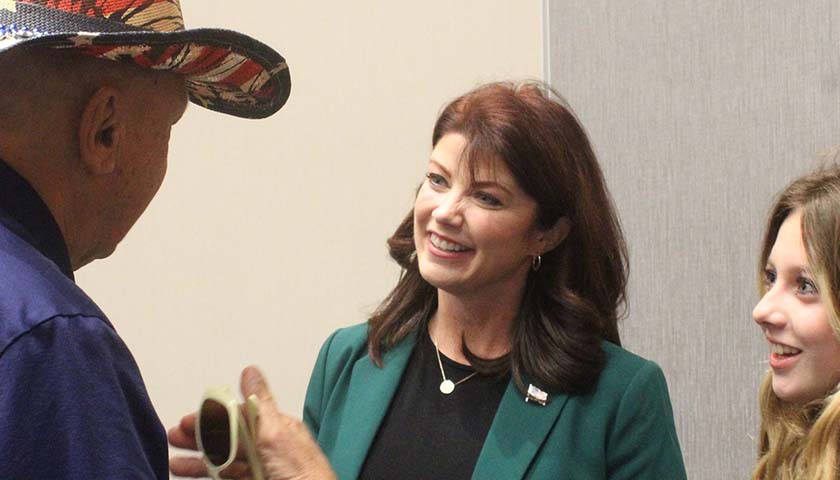 Kleefisch’s campaign, which identified 600 potential recruits, has sought to have poll workers for each county throughout the state.

“Election integrity starts with community members serving at the polls who ensure that our election process is conducted freely, fairly, and according to Wisconsin law,” Kleefisch said in a statement. “I’m incredibly proud of my team’s efforts to help county parties identify more poll workers to protect the ballot box on Election Day in 2022.”

The effort began in early November. The candidate highlighted that there are times when there are not enough Republicans signed up to serve in the position.

“If we are serious about safeguarding the election process, then we need more conservatives to step up and serve as poll workers on election day,” Kleefisch said when she announced the initiative. “I am committed to making sure the 2022 election is lawfully conducted, and having equal representation among those who run our elections is pivotal to this effort.”

In recent months, election workers have remained a point of contention between Republicans and Democrats in the state.

In November, the City of Madison announced that all individuals who serve as poll workers will be mandated to receive the coronavirus vaccine.

“If you are fully vaccinated against COVID-19, we ask that you send two items in reply to this email:
1. Completed COVID-19 vaccine attestation form
2. Image of both sides of your CDC COVID-19 vaccination card OR proof of your vaccination through your personal Wisconsin Immunization Registry (WIR).” the memo, which applied the requirement to election workers, read.

The Republican Party of Wisconsin and Kleefisch both slammed the move.