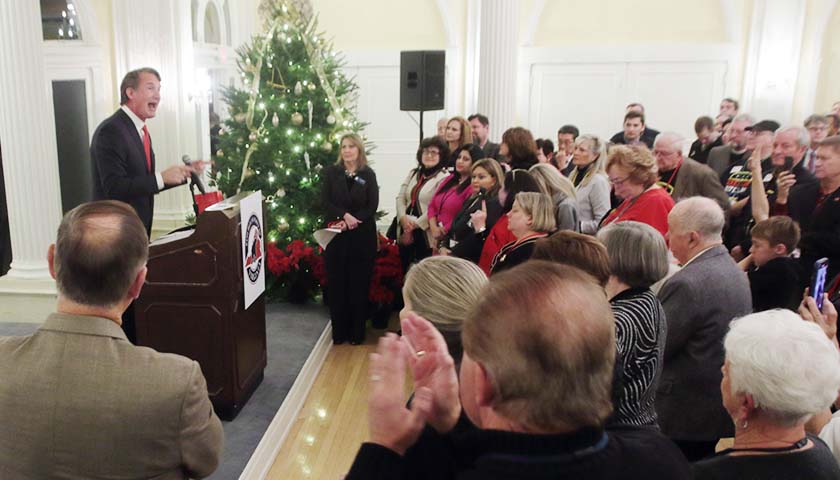 “We did it,” Youngkin told the crowd. “Friends, after a long day of pain, let’s just be clear: we turned Virginia red.” 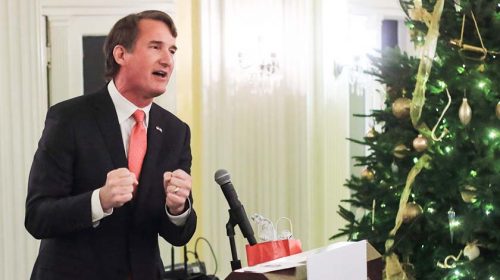 At the Friday evening reception, Youngkin listed five factors that led to the 2021 victories: a campaign about “and,” not about “or,” highlighting the difference between his own inclusive messaging and the messaging of his opponent Terry McAuliffe. Secondly, he said that his campaign did not write off a single voter in Virginia but instead went after every voter including Democrats, minorities, college students, women, and farmers. Thirdly, he highlighted the importance of issues that came from listening to Virginians. The fourth factor was a Virginia-centric platform, a contrast to McAuliffe’s national-style campaign.

“Finally, number five: we in fact changed a culture of defeatism into a spirit of winning,” Youngkin said. “We all felt that we could win, and when we feel that we can win, we win. And when we concede victory, we lose, and we will never concede victory again.” 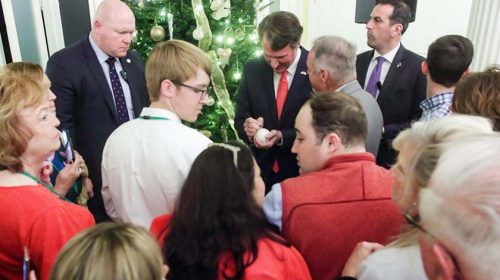 Youngkin now faces the next challenge: enacting his policy in Virginia’s newly-divided government without watering down his promises. Additionally, he’s not just the governor-elect, but he’s also the de facto leader of the Republican Party of Virginia, and will need to find a way to lead the RPV to more victory.

In his speech, Youngkin also recapped many of his recent campaign promises. Multiple attendees of the Advance told The Star that follow-through on those issues will be the sign of his success as governor and political leader.

Loudoun Conservatives Care Co-Director Patti Menders told The Virginia Star, “[Youngkin’s] already won in my book, because he defeated McAuliffe, and he turned Virginia red again. I think he will continue to succeed if he can make education the biggest, forefront issue. Parents came out of the woodwork to help him on this issue. I think he woke up a lot of moderates, independents, and soft Dems. So if he can keep education as his number-one issue, then he will have won in my book.” 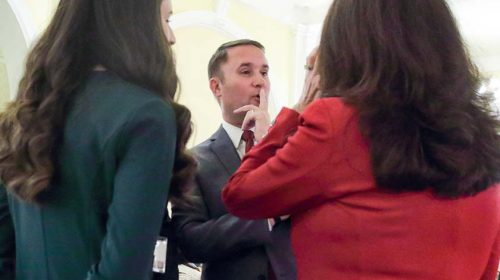 Delegate John McGuire (R-Henrico) is running for the GOP nomination for Virginia’s seventh congressional district, and was close to the Youngkin campaign during the race. Youngkin has appointed McGuire to one of his transition landing teams.

“Did you hear him say, ‘and,'” McGuire asked The Star. “In other words, he’s a uniter. A good leader brings people together and leads them up to a better place. He’s not about being a Republican or a Democrat. He’s about being a Virginian. I think that’s what we’ve needed for a long time.”

He continued, “So how can we measure his success? Well, the big thing is making sure — and he’s very thorough — is that he surrounds himself with the right people. And you can see, he’s got an incredible process he’s going through to make sure he has the right people. So I’m kind of in awe to be honest.” 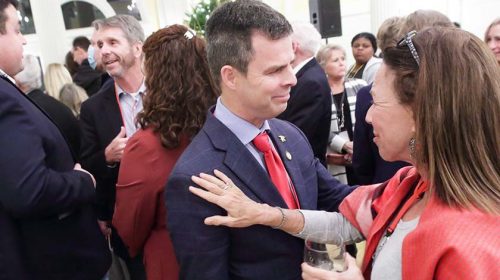 McGuire said, “And then also doing what he said he was going to do. And so I think making education a priority. You know, our children are number one. And I don’t care if you’re a Democrat or Republican, we all want to live, work, and raise our families, and I’m going to add a part to that: peace. So I think he’s the leader that we need at the right time.”

RPV Chairman Rich Anderson is also on one of Youngkin’s transition landing teams.

Anderson told The Star, “First of all, he is the leader, not a de facto leader. He leads the party. And so we’ll know that he’s successful when he keeps these campaign pledges, many of which he spoke about here tonight. I spent the last nine months criss-crossing the state with him as a viable demonstration that this party is four-square and full-throated behind him.”

“So I’m familiar with his message, what he said tonight was reflective of what he’s been saying across the state. And we’ll know that he’s a man of his word if this legislation makes it’s way through the General Assembly.”

– – –
Eric Burk is a reporter at The Virginia Star and The Star News Network. Email tips to [email protected].
Photos by Eric Burk.