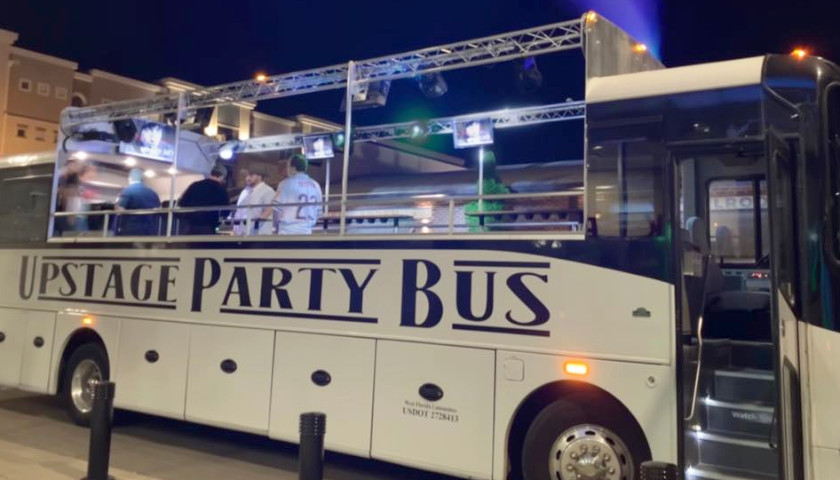 The Metro Nashville Police Department reminded Music City businesses, visitors, and residents that the alcohol ban on party buses is now in effect. In a news release Tuesday, MNPD said the ordinance prohibited “the possession/consumption of open containers of alcohol, including beer, in unenclosed entertainment transportation vehicles” and that there would be Metro police officers monitoring vehicles throughout the first night.

Nashville police added if there was a violation of the new ordinance, that the vehicle would be issued a civil citation and receive a $50 fine. The law enforcement agency to Metro, there were six officers and a sergeant that patrolled the area of entertainment transportation pickup and drop-off locations to “remind businesses and their patrons of the new ordinance and to seek voluntary compliance.”

When the new regulations on alcohol on party buses were announced in October, no alcohol allowed on the vehicles at all. After many owners of local transportainment vehicles voiced their concerns about the alcohol ban. A protest was held downtown, with multiple party buses driving through Nashville’s downtown streets advocating for their alcohol sales.

Now, many council members have sponsored a bill that would allow for party bus businesses to keep their alcohol sales. The new bill states there would be regulations for the businesses, including licenses for driving the vehicles, and permits for selling alcohol. Permits would have to be obtained through the Metro Department.

Companies would also have to purchase insurance that meets the Metro requirements. The insurance has to cover every vehicle a company has in its business and states “the policy provides for a minimum of five million dollars per entertainment transportation vehicle for liability” in the case of any kind of accident.

The bill also says alcohol is not permitted in unenclosed vehicles, not allowed for sale on the buses, and the buses are not granted to keep alcoholic beverages on their vehicles at any time. Only passengers are able to bring on their alcoholic beverages if the vehicle is completely enclosed. The bill specified, “For purposes of this section, a vehicle “side” must be a full side enclosure of the vehicle and cannot consist of solely a guard rail or railing. It may contain windows capable of being opened, but all windows shall be fully raised while the vehicle is in operation and any passenger is in possession of an open container.”

The bill allows for the city to revoke the license that it gives to any party bus if the company is found to be violating any of the rules.

Morgan Nicole Veysey is a reporter for The Tennessee Star and The Star News Network. Follow her on Twitter. Email tips to [email protected]
Photo “Upstage Party Bus” by Upstage Party Bus.