Georgia Congressional Candidate Rich McCormick Says Lack of ‘Political Speak’ Prompted Him to List Endorsements He Did Not, in Fact, Receive 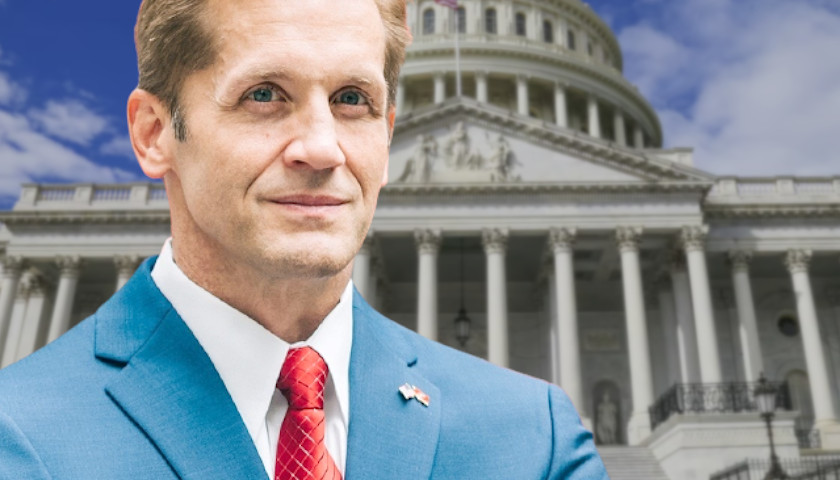 Republican Rich McCormick, running for Georgia’s Sixth Congressional District, previously said four GOP members of Congress had endorsed his candidacy, but on Thursday he said they did not actually endorse him.

McCormick said he made a mistake.

“I am not a good politician. I’m just going to admit it. I am a good Marine and a good doctor. I have done that for decades, but political speak is difficult for me sometimes when people say ‘I 100 percent support you.’ Some people use language that is very confusing to a guy,” McCormick told The Georgia Star News.

“My understanding is that they endorsed me. That’s my mistake, not having that confirmed. Some of them endorsed me in the Seventh [Congressional District race], but they didn’t endorse me because I switched to the Sixth. It is what it is. I made a mistake. I own that. We are going to move on. We are right now collecting our endorsements in writing so that when we do our next release it’ll be far more accurate.”

“Of the five Georgia Republicans listed as backing McCormick, only one actually has: U.S. Rep. Buddy Carter. Representatives for the other four — Reps. Jody Hice, Andrew Clyde, Rick Allen and Marjorie Taylor Greene —  all said McCormick’s statement is inaccurate,” according to The AJC.

“While they all supported him last year when he lost to Carolyn Bourdeaux in the Seventh District, none of them endorsed McCormick in the Sixth District primary. At most, they had phone calls with him and wished him well.”

McCormick told The Star News this week that the newly redrawn Seventh District is now a 65 percent Democrat stronghold. He said any Republican would have a difficult time competing there.

With the newly redrawn lines, McCormick said, yes, he lives inside the Ninth Congressional District — by only about 1,000 feet in. Representative Andrew Clyde (R-GA-09) currently represents that district.

Clyde announced last week that he plans to run for re-election in Georgia’s Ninth Congressional District.

According to Ballotpedia, McCormick graduated from Morehouse School of Medicine and did an emergency medicine residency through Emory University. He earned an MBA at National University and served in the U.S. Marine Corps.