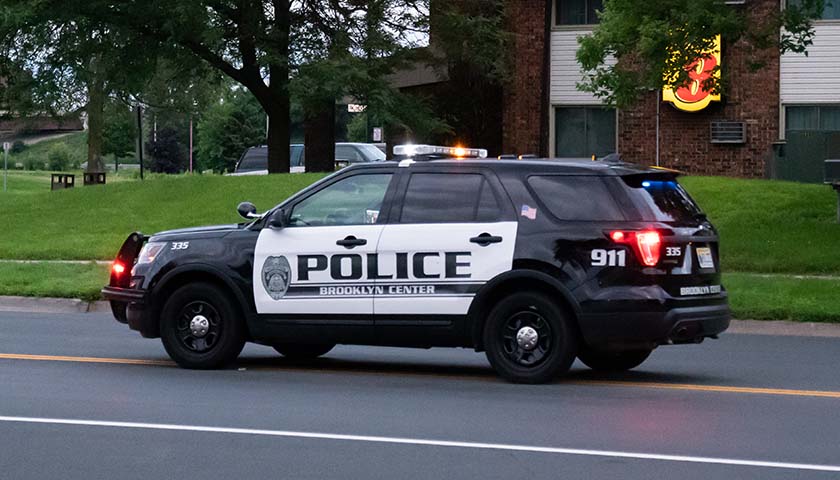 The Brooklyn Center City Council is slated to vote on $1.2 million worth of budget cuts to the city’s police department, which would effectively reduce the size of the force by 30%.

Although the council considered the measure at a meeting Monday night, the vote did not take place because the discussion lasted until midnight. The council is expected to resume discussion on Thursday.

The Brooklyn Center Police Department has a current budget of $10 million for 49 sworn police officers. However, 14 of those positions have been vacant for some time, leaving just 35 sworn officers on the payroll.

But of those 35, three are on long-term medical leave, according to a joint statement from the Minnesota Police and Peace Officers Association and Law Enforcement Labor Services. Thus, there are only 32 officers available to serve the community — meaning the department is operating at 65% capacity.

Council members have been debating the elimination of the 14 vacant positions altogether, which would reduce the $10 million police budget to $8.8 million. If the measure passes, the $1.2 million will be reallocated toward the “Daunte Wright and Kobe Dimock-Heisler Community and Safety Prevention Act,” according to FOX 9.

“We have 14 positions that are vacant currently in the police department, and what’s the impact of moving those positions and taking that $1.2 million or $1.3 million and utilizing it elsewhere?” Brooklyn Center City Manager Reggie Edwards said at last week’s council meeting.

“And there are other things such as issuing citations and summons instead of arrests for some misdemeanor offenses,” he added.

Brooklyn Center, a suburb of Minneapolis located in Hennepin County, has faced a spike in both violent and non-violent crime in 2021, particularly carjackings. The city’s police department, suffice it to say, firmly opposes the idea of budget cuts.

“The harsh reality is that violent crime in Brooklyn Center went up in 2020, and it’s continuing to go up this year,” said Jim Mortenson, executive director of Law Enforcement Labor Services. “So with more police calls coming in for officers to handle, it does not make a lot of sense to propose defunding the department right now.”

“Brooklyn Center’s police officers are committed to building community trust and working to keep the community safe and secure. This upcoming vote to defund the police department will make residents less safe and further divide our community,” said Chuck Valleau of the Brooklyn Center Police Department.

Evan Stambaugh is a freelance writer who had previously been a sports blogger. He has a BA in theology and an MA in philosophy. In 2016 he was a volunteer, intern, and field assistant for Donald Trump’s successful presidential campaign. He is a contributor to Alpha News.
Photo “Brooklyn Center Police Department Squad Car” by Tony Webster CC BY 2.0.