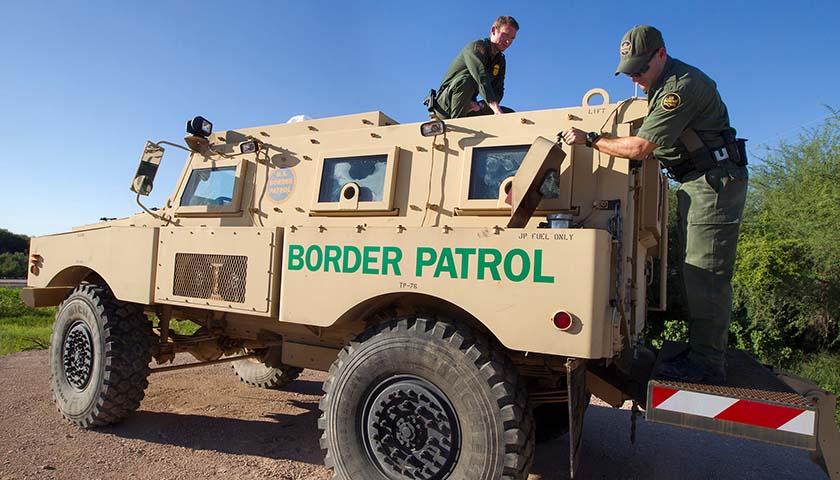 RIO GRANDE VALLEY — The alarm clock sounded at 3 a.m. local time. It was dark and the skies were clear from the storm that had just passed. Texas Department of Public Safety (DPS) Lt. Craig Cummings, who was driving me around the valley, joked that we may face a more dangerous situation than the border had in store for us because of the tornado-like winds and torrential downpour that had swept through the area just hours before.

Troopers and Texas National Guardsmen were present at most gas station stops we made along the way towards Roma, Texas. It’s possible they also had intelligence on how delicious those gas station tacos tasted at 4 a.m.

The radio in Cummings’ car was tuned into the local DPS channel, where we picked up all kinds of call ins by troopers. It wasn’t long before we heard of a pursuit of suspected human smuggling. From the Hidalgo County line, a trooper called in that a driver being pursued drove his car into a fence, where he and his passengers bailed onto private land.

The chase lasted minutes from when the trooper called air support and advised Border Patrol to the scene. About 7 individuals got out of the vehicle and started running. Three were captured, according to a source at the scene. The local county was contacted as well due to the damage to the rancher’s fence.

The air assets can help with visibility in such dark conditions.

“That’s typically what we’re seeing down here is it’s a short pursuit where they realize law enforcement is behind them and then they will run off the road,” Cummings said.

“They’ve called border patrol to pick up those that are in the nation illegally, and they’re going to arrest the driver for running from law enforcement and possibly smuggling if they can prove that case,” he said.

Around 6 a.m., a similar call from the valley came in on the radio. This pursuit involved another group running from their car in an area north of Mission, Texas. That pursuit happened so quickly, we didn’t make it to the scene in time.

“That’s just one more compliment to what we have down here to address the issues with human smuggling, human trafficking, and the cartels that are bringing drugs into the nation, and then also in terms of currency that’s flowing back down to the cartels,” he said.

“This is exactly what we’re doing down here all the time,” he said. “Not only do we have troopers out here that are patrolling and making these traffic stops that we just saw, but we’ve got boats that are out here on the Rio Grande Valley, we’ve got Texas Rangers that are down here on the border, we’ve got air assets in the air. We’re working with our partners: at the federal, at the state, and at the local level to secure Texas and address this threat that’s facing our communities.”

“Our operation is looking at many different ways to address these threats, and we’re continually adjusting based on the intelligence that we’re gathering so that we can continue to protect Texas in the best way,” he added.

We drove down a trail on a rural road, a spot that has been notorious for illegal activity. Law enforcement in the area appeared to know about it.

The narrow road seemed endless as we drove, and the adrenaline rushing through my body made it seem like the brush was closing in on us. In a remote area like that you feel a group could pop out of nowhere in any second. Even though you expect it could happen and you’re looking for the light of a small flashlight in the darkness to tell you someone is heading your way, you never know what mental or physical state people could be in. You also can’t anticipate if there might be a coyote, or trafficker, with a group.

You can only imagine how dangerous the journey could’ve been for migrants, and the reality is usually worse than one’s imagination. 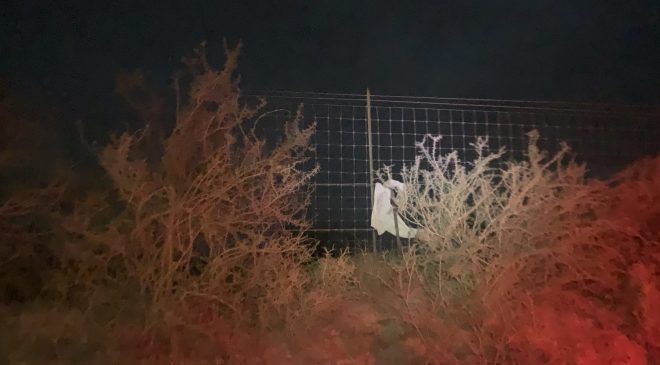 We turned onto the road situated between fenced private land. There were some markers that are usually seen as guide points for those making their way to the end of the trail, where someone would likely pick them up in a car. The only sign that someone had passed through was a pair of pants hanging on the fence.

After sunrise, which was closer to 7 a.m., the traffickers no longer had the cloak of darkness on their side. We had been driving for hours and had made it to an area of the valley that was largely ranchland.

We stopped in a local feed store, where ranchers could get just about anything they needed and then some. The store owner and some of his customers, who were ranchers, told me that before Operation Lone Star, human smuggling was commonplace on their properties. The increased presence of state troopers, however, appears to have deterred such threats, they explained. Moreover, they couldn’t recall recent damage to their property or any nearby fences like they had seen before.

“They would run into our fences and they would run into our gates, just crash the gates trying to get away from DPS chases, from county chases, from Border Patrol chases doing a lot of damage and that was costing us a lot of money because we don’t get reimbursed for all that stuff. I mean they would tell you ‘yes, we’re gonna give you some money for your damages.’ No one ever gave anything,’” the store owner recalled.

“So, that was a travelled area and then it quit,” he said. “All of a sudden, just it faded away, they don’t do that anymore. There are people going north. If they’re going north, they’re using another route, not through here. Now, it’s more profitable for people to carry people than it is to carry drugs I hear. So, if that is the case that could be why they’re moving them in cars or whatever now.”

He said there was a time before Operation Lone Star when illegal migrants would come into his store to shop while making their journey north.

“Several years back, yes, they would come into the store and they’d send in one guy and the rest of them would stay out in the brush,” he added. “One guy would come in and buy whatever and I’d say, ‘what do you want so much stuff for you know it’s only one guy?’ ‘No, there’s a bunch of us over there.’”

Large waves of migrants continue crossing into the U.S. Border officials encountered 164,000 migrants at the southern border in October, and a caravan of thousands of people is reportedly heading towards either Texas or Arizona.

Meanwhile, officials in Texas say they’re prepared for anything coming their way.

Jennie Taer is a reporter at Daily Caller News Foundation.