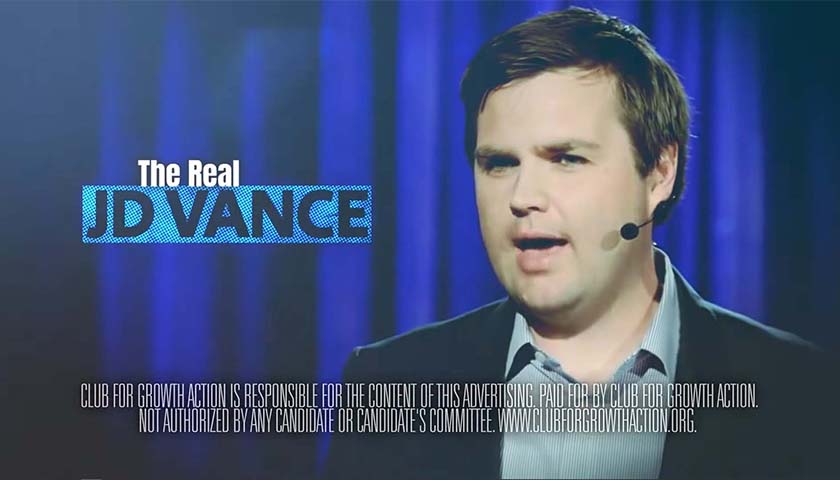 The broadcast campaign doubles down on a $470,000 ad campaign from the Club for Growth also focused on Vance’s past negative views about former President Donald Trump spread among the Columbus, Cincinnati, Dayton and Toledo markets that ran from mid-October through Thanksgiving.

The ads follow the same mantra that former Ohio Treasurer Mandel and others have taken against Vance, an attorney, tech investor and author of “Hillbilly Elegy,” a memoir about his growing up in Hamilton near Cincinnati.

The PAC’s recent 30-second ad does not mention Mandel, who also has five other announced rivals for the GOP nomination to replace U.S. Sen. Rob Portman (R-OH). The incumbent announced in January he would not seek reelection in 2022.

The ad features video clips of Vance’s anti-Trump remarks ahead of the 2016 general election won by Trump, including the statement, “I’m a never-Trumper guy.”

Kildea declined to elaborate on any specific effect the ads may have had on undermining Vance’s campaign or boosting the Mandel campaign.

Politico in an October 23 story said another SuperPAC, the USA Freedom Fund, coordinated with the Club for Growth’s ad buy with its own $470,000 buy.

Mandel lost his first bid for the U.S. Senate in 2012. He withdrew from a 2018 run for the Senate, citing his wife’s health issues at that time.

The stepped-up Club for Growth campaign comes as Vance has slowly gained ground on frontrunner Mandel, who served as Ohio’s treasurer from 2011-2019. Polling from both campaigns published in The Ohio Star in late October showed Vance cutting into Mandel’s lead with the other five contenders lagging well behind.

Neither of the candidates’ campaigns currently have their own ads running.

Those supporting Vance’s campaign have not sat idly by. The pro-Vance Protect Ohio Values PAC ran its own ad countering the Club For Growth’s campaign earlier in November. Rather than attacking opponents, the ad promotes novice candidate Vance’s vow to “shake things up” in Washington, D.C. as an outsider.

Vance has since walked back his criticism of Trump.

“I regret being wrong about the guy,” Vance said in a July 5 Politico story. “I think he was a good president … and made a lot of good decisions for people.”

Vance’s campaign manager, Jordan Wiggins, said in a statement sent to The Star that the Club for Growth – which he mockingly calls the Club for Chinese Growth – had its own anti-Trump past, having spent heavily against Trump’s candidacy for the GOP nomination in 2015 and 2016.

“The truth is, the Club for Chinese Growth knows JD Vance is surging and doesn’t even believe their own garbage polling, otherwise they wouldn’t be spending so much money right now against him,” Wiggins said. “They will do everything they can to elect another weak RINO like their friend (former U.S. Senator) Jeff Flake (R-AZ), instead of someone who actually supports Trump and his America First agenda like JD Vance.”

Brian R. Ball is a veteran Columbus reporter writing for The Ohio Star and Star News Network.  Send him news tips at [email protected]
Photo “The Real JD Vance” by Club for Growth.