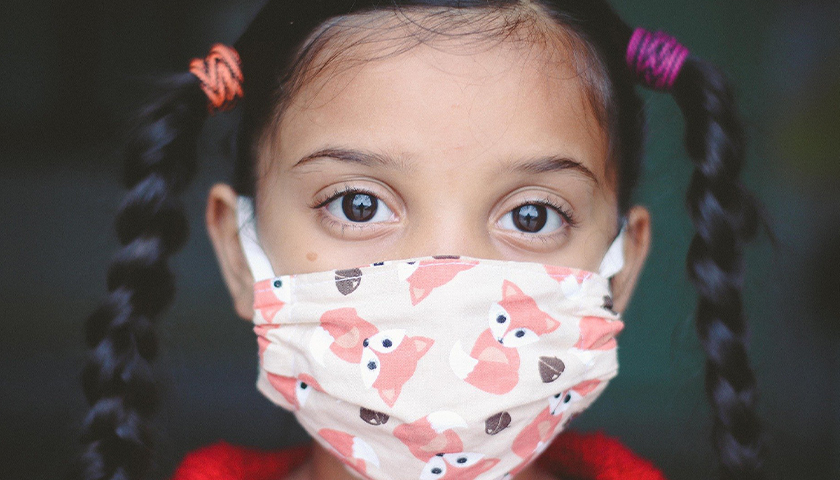 After an investigation, police have determined that a Florida school tying a mask to a disabled student’s face did not count as child abuse, according to Fox News.

The investigation was initiated after seven-year-old Sofia Bezerra, who has Down syndrome, was found to have a mask tied to her head with a nylon string when she got off the bus after school on October 7th. Her step-father, Jeffrey Steel, said that she had left for school that morning without a mask on since she had received a medical exemption to the school’s mask mandate. Steel said that, as a result of her Down syndrome, his step-daughter has an enlarged tongue and breathes primarily through her mouth, which would make a mask more dangerous for her; when she came home, the mask was wet with her own saliva.

Steel added that neither he nor his wife, Sofia’s mother, were informed by the school that Sofia would be forced to wear a mask, and no consent was given for her to have the mask forced onto her. When Steel complained to the administration at Ocean Breeze Elementary School, the police got involved due to the possibility of the incident qualifying as child abuse.

However, after nearly two months, the Indian Harbor Police Department determined that “there is insufficient evidence to support a criminal violation,” claiming that “there was no evidence presented which supports that Sofia received a physical or emotional injury.”

“As witnessed by multiple teachers, school aides, bus drivers, and school administration staff, at no time, while having the mask tied on, did (Sofia) ever exhibit any signs of distress, discomfort, difficulty breathing, or any other health concerns,” the report added, before declaring that the “case is closed as Unfounded.”

The report did concede several of Steel’s points, including that teachers failed to get consent from her parents before attempting to force a mask onto her using several different methods.

Steel has since hired an attorney and said he will be taking legal action against the school regardless. Ocean Breeze is one of several schools in the state of Florida that has implemented a mask mandate despite Governor Ron DeSantis (R-Fla.) banning mask mandates at the local level.