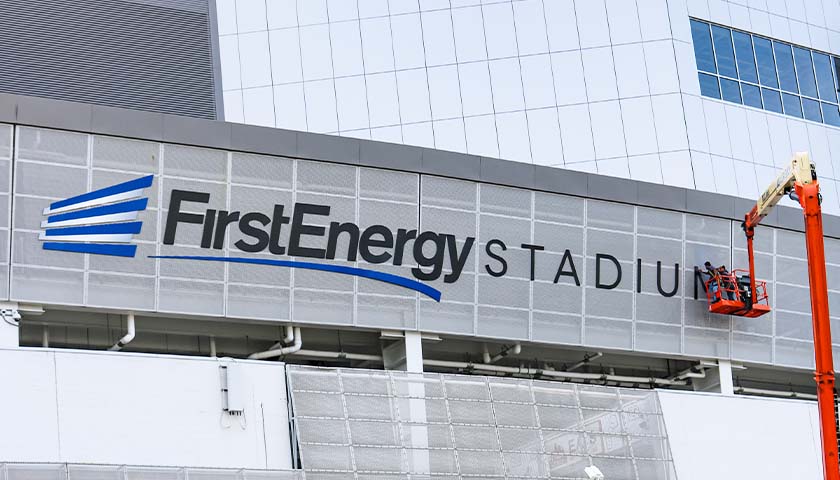 FirstEnergy, the company at the heart of a $60 million bribery scheme that led to the indictment and ouster of Ohio’s House speaker, did not charge customers to fund stadium naming rights, according to a recent report by the Public Utilities Commission of Ohio (PUCO).

The audit examined records for Cleveland Illuminating Co., Ohio Edison, Toledo Edison and FirstEnergy Corp., according to a news release, and confirmed no payments were booked into accounts held by FirstEnergy’s three Ohio utilities, meaning no costs were passed onto customers.

Promotional advertising is not eligible to be included in regulated utility rates, according to PUCO. The Cleveland Browns play in FirstEnergy Stadium on the banks of Lake Erie.

The audit was requested by Democratic state lawmakers.

FirstEnergy agreed to pay $102 million over 17 years for naming rights to the stadium.

FirstEnergy agreed earlier this month to pay customers $306 million in credits on their electric bills after the Ohio Consumers’ Counsel reached a settlement with the energy company.

FirstEnergy also agreed in July to pay $230 million and cooperate fully with the government as part of a deferred prosecution agreement in the House Bill 6 scandal, which federal prosecutors called the largest public corruption scandal in state history.

Former Ohio House Speaker Larry Householder faces federal bribery and racketeering charges in the $60 million scandal that led to the passage of House Bill 6 and a billion-dollar bailout of the state’s nuclear plants.

Householder, who was expelled from the Ohio House, has pleaded not guilty and maintains his innocence.

FirstEnergy faces charges of conspiring to commit honest services wire fraud, but those charges could be dropped if it continues to cooperate with prosecutors.

The company also admitted it paid $4.3 million to a second public official, and the official acted in his official capacity to help FirstEnergy’s interest related to passage of HB 6 and other company priorities, according to the news release.

J.D. Davidson is a veteran journalist with more than 30 years of experience in newspapers in Ohio, Georgia, Alabama and Texas. He has served as a reporter, editor, managing editor and publisher. He is a regional editor for The Center Square.
Photo “First Energy Stadium” by FirstEnergy Corp. CC BY-ND 2.0.