Meharry Medical College Gave Each of Its Students $10,000 in CARES Act Cash 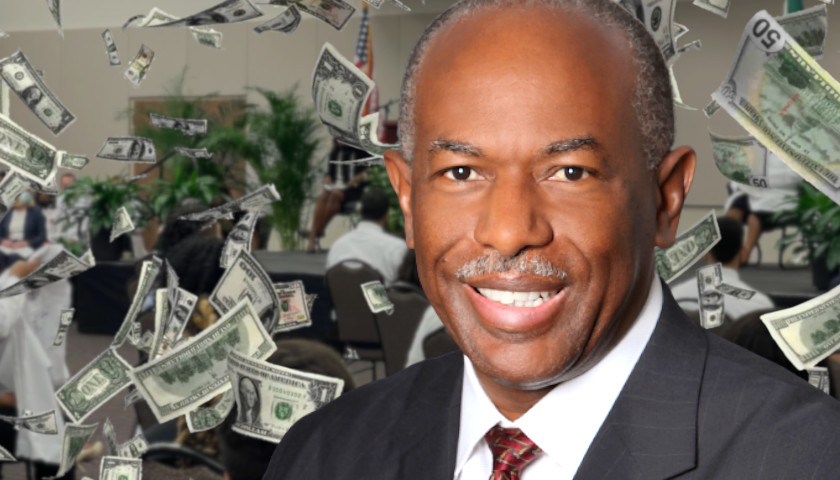 Nashville Meharry Medical College announced just before Thanksgiving that each of its students would receive $10,000 in cash as a gift from the university. In a video posted on the school’s Twitter account, the President and CEO Dr. James E.K. Hildreth Sr. announced the money would come from the Higher Education Emergency Relief Funds (HEERF), which the medical school received as part of the federal CARES Act. The money was either directly deposited into the student’s banking accounts, or held as a check at one of the campus offices.

Dr. Hildreth said, “I’m sure many of you are grateful for the break in the daily routines that Thanksgiving Holiday brings. The chance to take a break, and assess what you’re grateful for in your own life, and contemplate the true value of friends, family, and colleagues.”

After a brief word to thank students for the sacrifices they made during the worst of the COVID pandemic,  Dr. Hildreth said, “I’m happy to make a very special announcement today. I’m proud and excited to tell you that on Wednesday, the Eve of Thanksgiving, we will give each of you $10,000 in cash. You heard me right… We felt that there was no better way to begin distributing these funds than by giving to these students who will so give so much to our world.”

He added that the money was for the students to manage themselves, but that “I would be remiss if I didn’t strongly advise you this Thanksgiving to be good stewards of what you’ve been given.” He joked that Black Friday shopping was tempting, but that he advised students to use the money towards paying for their education and research.

The school posted on their website in March of this year that they received $20 million from the CARES Act, and had planned to use it “to establish a virtual simulation and telemedicine training program for medical students.” The school did not clarify if this was the money they were using to give their students.

Schools across the country have given their students grants towards their tuition up to $3,000 as a part of the Trump-era CARES Act. Financial news outlet Money.com reported that of the colleges they reached out to, the average grant they gave their students was $1,000.

The Tennessee Star spoke with Terrie Cartee about her daughter receiving $500 COVID relief money from her school, Arizona Western College. She told The Star over the phone that the money was deposited into her daughter’s banking account earlier this year, “She didn’t realize the money was there until I told her.”

Meanwhile, the maximum grant given at Bushnell University, in Oregon, was $6,500. Penn State University gave grants in increments ranging from $1,000 to $1,800 based on financial needs determined by FAFSA. In New Jersey, William Paterson College averaged $834 in grant money for its students. Closer to home, Belmont University said that students who qualified for the grant received $1,000 from the CARES Act.