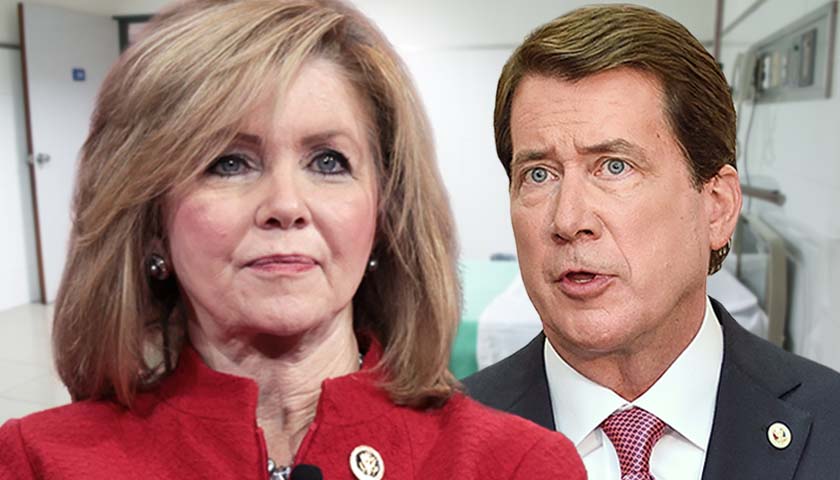 Senator Marsha Blackburn (R-TN) wants the Congressional Budget Office (CBO) to disclose the impact of what she calls “President Joe Biden’s federal overreach on state Medicaid programs through the Build Back Broke budget.”

Blackburn formally requested the information in a letter this month.

This, according to a recent emailed press release.

“In the Build Back Broke bill, Democrats have prioritized blue-state billionaires over sick children, people with disabilities, and the poor,” Blackburn said in the press release.

“The sweeping federal overreach pushed by the Biden administration is a direct attempt to punish states like Tennessee providing personalized care for our vulnerable communities. The White House preaches the importance of empathy but is willing to strip care from Tennesseans to give their big-dollar donors tax breaks.”

Blackburn and the other senators said they want CBO Director Phillip Swage to answer the following questions:

• What is the impact of this legislation on state budgets?

• How would the Medicaid Disproportionate Share Hospital (DSH) and Uncompensated Care Pool penalties impact coverage in the affected states?

• What is the impact of this legislation on access to care, including closures, at safety net hospitals, children’s hospitals, and rural hospitals?

• Does CBO believe that some individuals will have to go without care because of these DSH and Uncompensated Care Pool penalties?

“These proposed Medicaid cuts, which are another example of the Biden Administration’s overreach, would terminate innovation, raise costs, and reduce access to care—especially in rural areas. The federal government should be fostering transformative health care policy solutions, not forcing states into one-size-fits-all big-government programs that would devastate hospitals and decrease patient care,” Hagerty wrote.

“I will continue to work with Senator Blackburn, and our colleagues in Texas and Florida, to stand up for Tennesseans and fight against this administration’s socialist agenda.”