Gov. DeWine Says ‘Disruption of Line 5 Operations Would Have Devastating Impact on Economy of Northwest Ohio’ 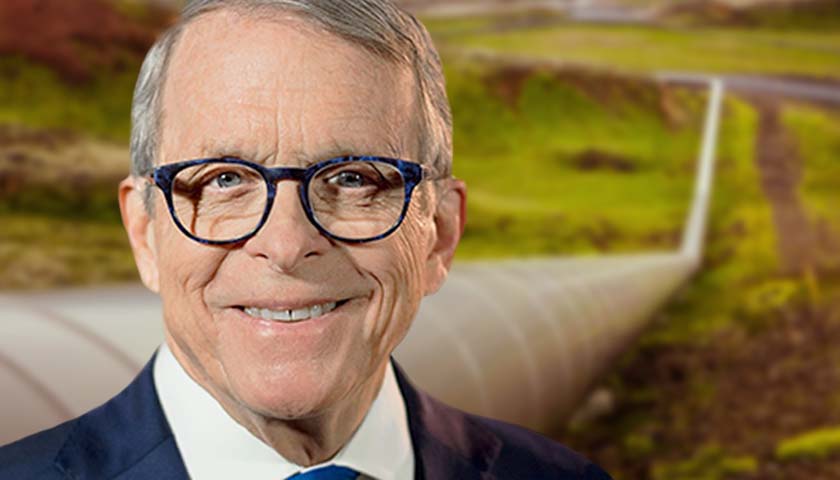 DeWine and Husted sent a letter to Biden seeking to keep the Enbridge Line 5 pipeline operating, saying a closure would cause significant issues in supply chains, unemployment and fuel costs.

“Any disruption in Line 5 operations would have a devastating impact on the economy of Northwest Ohio, further harming industry supply chains, eliminating thousands of good-paying jobs, and increasing the cost of fuel for transportation, heat for homes, and products Americans use every day,” the letter reads.

The Ohio Chamber of Commerce joined the General Assembly and other groups in the same effort.

White House Deputy Press Secretary Karine Jean-Pierre said this month the administration is studying the impact of shutting down Enbridge’s Line 5, an oil pipeline that rests on the bottom of the Straits of Mackinac and carries light crude oil, light synthetic crude and natural gas liquids.

A project was approved by former Michigan Gov. Rick Snyder to allow Enbridge to create a tunnel to house the pipeline under the lakebed and prevent any environmental issues from occurring. After pushback from activists, the newly elected Whitmer and Attorney General Dana Nessel blocked the tunnel plans and sought to decommission Line 5 altogether.

The Line 5 pipeline services two Oregon refineries in northwest Ohio. According to Ohio officials, closing the line would cause a significant disruption in the supply chain, which serves as a source of jet fuel for several regional and international airports, particularly in Cleveland and Detroit.

A Line 5 shutdown affects jobs and fuel availability to the region, according to Enbridge, leaving Ohio, Pennsylvania and Michigan and Canadian provinces Ontario and Quebec with a 14.7-million-U.S.-gallons-a-day supply shortage of gas, diesel and jet fuel. That represents about 45% of the current supply.