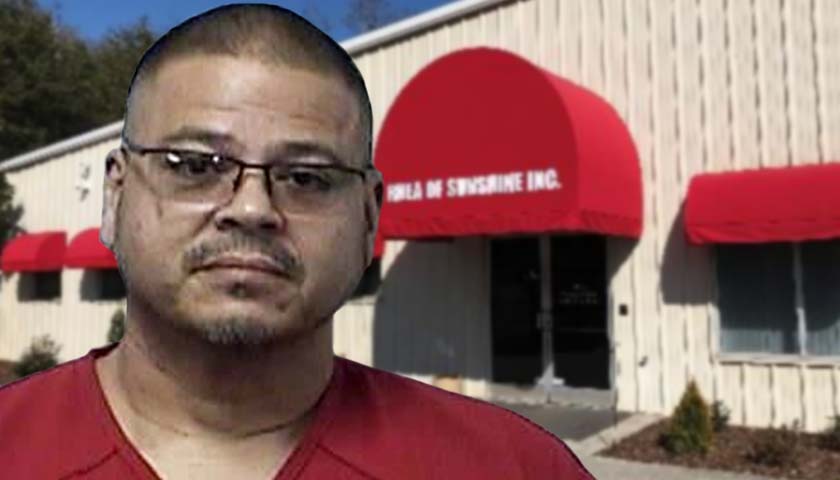 A former employee of a Rhea County-based nonprofit allegedly used nearly $12,000 of taxpayer money on himself.

This, according to a report that Tennessee Comptrollers published this week.

That man, Reynaldo Rivera, worked as a maintenance technician for the Dayton-based Rhea of Sunshine (ROS), Inc. ROS assists people with disabilities. ROS is primarily funded by the Tennessee Department of Intellectual and Developmental Disabilities (DIDD), according to the comptrollers’ report.

Comptrollers reported that Rivera allegedly used ROS money to buy vehicle parts for his personal use totaling at least $11,871.

“Rivera engaged in a fraudulent purchasing scheme where he obtained vehicle parts using ROS’s O’Reilly Auto Parts and Advance Auto Parts vendor accounts and used the parts for his personal vehicles and for his private automotive repair business,” comptrollers reported.

“Rivera used ROS’s vendor accounts to purchase vehicle parts for vehicles that were not in ROS’s fleet. For instance, Rivera purchased multiple parts for a Chevrolet El Camino, which he was personally restoring.”

Comptrollers said Rivera falsified invoices to carry out his alleged scheme. Rivera allegedly wrote ROS vehicle descriptions on invoices to identify the vehicle for the purchase, but the parts identified on the invoices would not fit those vehicles.

“Rivera misused ROS’s tax-exempt certificate when he made personal purchases using ROS’s vendor accounts. He failed to pay sales tax totaling at least $1,157 on the purchase of items that he did not use for ROS purposes,” Comptrollers said in their report.

“Rivera acknowledged to investigators that he charged purchases of vehicle parts for his personal vehicles and for his private automotive repair business to ROS’s accounts without the knowledge or authority of his supervisor. Rivera resigned on January 23, 2019, prior to the start of the investigation.”

Rhea of Sunshine, according to its LinkedIn page, has operated since 1986 and has at least 26 former and current employees.