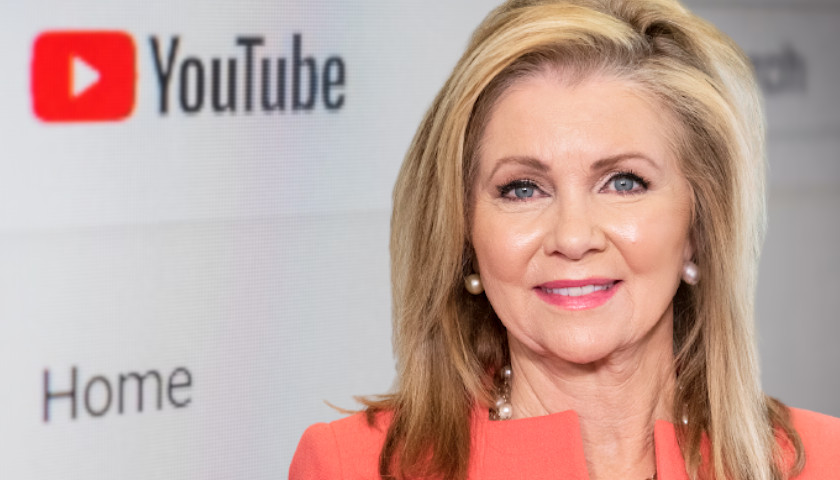 An episode of Breaking Points, a YouTube show hosted by Saagar Enjeti and Krystal Ball, was demonetized after it ran a segment discussing the disappearance of the tennis star, the Federalist reports.

“Despite the CCP’s history of human rights violations and ‘disappearing’ its own citizens, YouTube chose to demonetize the video. According to YouTube, ‘it isn’t suitable for all advertisers,’ and ‘will continue to run limited or no ads,” Blackburn said in her letter addressed to Susan Wojcicki, CEO of Youtube.

According to a press release sent out by Blackburn’s office, YouTube, which has publicly promoted the MeToo movement, is helping Beijing rewrite history.

“It apparently is not enough that YouTube takes steps to censor American citizens. Now it is working with the CCP to promote its dangerous viewpoints around the world,” Blackburn said. “I understand that the creators of the news program appealed YouTube’s decision, but it was upheld by your content reviewers.”

According to FOX News, Peng Shuai has not been seen in public ever since she accused Gaoli, a former member of the Communist Party’s ruling Standing Committee, of sexual assault.

In concluding her letter, Blackburn asks that YouTube responds to these three questions by November 29th: