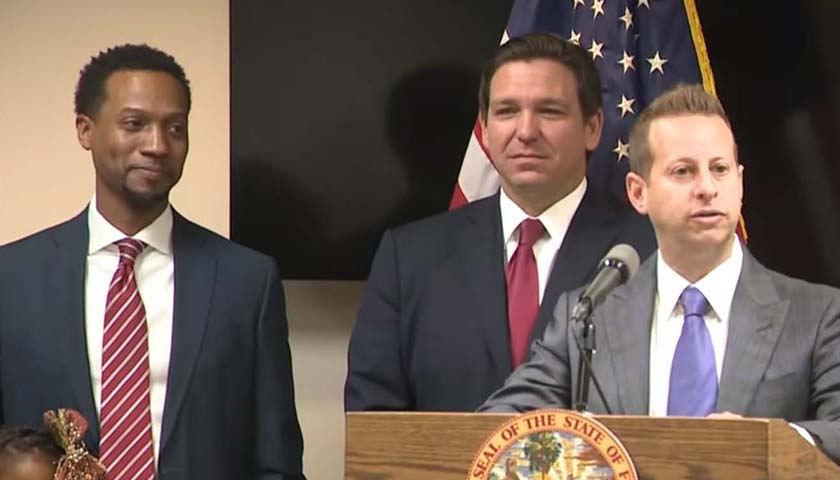 Moskowitz, the former director of the Florida Division of Emergency Management (FDEM), and Alston, the current chief of staff for the Florida Department of Transportation (FDOT), look to replace the seats that were opened due to Dale Holness and Barbara Sharief resigning in order to run for Congress.

“Torey Alston and Jared Moskowitz are both Broward County natives with demonstrated records of service to the community and proven ability to work across party lines to get things done,” said Governor Ron DeSantis during his announcement.

“I expect both to bring sane, rational leadership to the commission and look forward to working with them,” he added.

Both Alston and Moskowitz have experience in Broward County, which was reflected in a press release from the Governor’s Office, following his announcement.

Highlighting Moskowitz’s work as FDEM Director, DeSantis praised his efforts in combating natural disasters across the state, as well as his actions during the pandemic in making Florida the first state to bring vaccines directly to nursing homes.

“We brought, the first in the country to do that, to mobilize the National Guard to do these big testing sites. Jared oversaw that. You actually had National Guard generals that would come down and look at that, and then they would then report to other states to try to do that. So that was not only Jared, but that was actually right here in Broward County,” said DeSantis.

Prior to being director of the FDEM, Moskowitz, of Parkland, Florida, was general counsel at AshBritt and his past service includes six years in the Florida House of Representatives and six years on the Parkland City Commission.

DeSantis stated, “[Alston] is currently the Chief of Staff for the Florida Department of Transportation, and he’s been doing a great job there. People who will do business in other states will always compliment Florida on how well our FDOT is run relative to other states. During the pandemic, we were able to actually accelerate some key projects.”

Before being chief of staff for FDOT, Alston – who was born and raised in Ft. Lauderdale – was chief of staff to two Broward County commissioners and held positions in Miami-Dade County Public Schools, the city of Gainesville, and the Florida Department of Management Services.

“They’re obviously both from here. They kind of live and breathe Broward County, and they both have demonstrated records of service to the community both here, locally, as well as to the state of Florida,” DeSantis said.

Casey Owens is a contributing writer for The Florida Capital Star. Follow him on Twitter at @cowensreports. Email tips to caseyowensreports@gmail.com.
Photo “Two New Broward Commissioners Appointed by DeSantis” by WPLG Local 10.