Commentary: There Is No Room for ‘Privileging Feelings’ in the Marketplace of Ideas 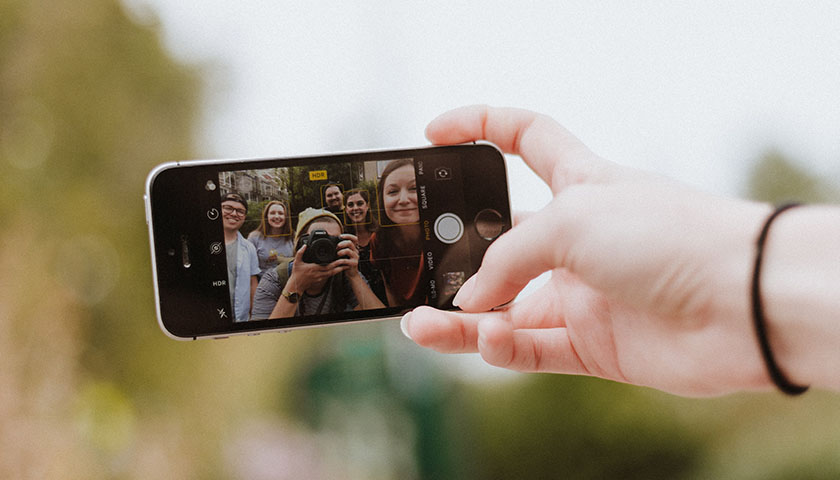 The statement emphasized that:

[E]ducation should not be intended to make people comfortable, it is meant to make them think. Universities should be expected to provide the conditions within which hard thought, and therefore strong disagreement, independent judgment, and the questioning of stubborn assumptions, can flourish in an environment of the greatest freedom.

Ultimately, “the University’s fundamental commitment is to the principle that debate or deliberation may not be suppressed because the ideas put forth are thought by some or even by most members of the University community to be offensive, unwise, immoral, or wrong-headed.”

One would assume that endorsing the Chicago Statement would be a no-brainer for higher education institutions, where free speech and expression are intended to be the rule, not the exception.

However, to date, only 82 college and universities have endorsed the Chicago Statement.  This is both alarming and disheartening since its fundamental premise—that free speech and open inquiry are essential elements of higher education and may not be censored because some ideas may be considered insensitive or offensive—is neither novel nor controversial.

Unfortunately, rather than adopting the Chicago Statement and standing firmly in support of free speech rights, many institutions continue to be more interested in protecting students’ feelings from speech they claim is hurtful or offensive.  Institutional efforts to shield students from certain forms of speech often times demonstrates little or no regard for the protected nature of such speech or the speaker’s constitutional rights to utter the same.

As examples, in 2015, in response to student protests over racial tensions, the University of Missouri directed “individuals who witness incidents of hateful and/or hurtful speech” to call the police immediately and photograph the individuals involved in order for the institution to take disciplinary action.

In 2017, the University of Arizona issued a Diversity and Inclusiveness in the Classroom Policy,  which advised that if a student experiences, among other violations, a “microinvalidation,” which is defined as “[a]ctions that exclude, negate, or nullify the psychological thoughts, feelings or experiential reality of people who represent different groups,” the student who “feels hurt or offended … can say ouch” and, “in acknowledgement, the student who made the hurtful comment says oops.”

In 2018, the University of Michigan issued a bias and bullying policy, which stated that “the most important indication of bias is your own feelings” and that violators of the policy could be subject to disciplinary action, including suspension or expulsion.

As a result of these policies, a recent survey of more than 3,000 college students revealed that 78% expect colleges to restrict free speech to ban the use of “language that is intentionally offensive to certain groups.” This figure jumped almost ten points since a similar survey was conducted in 2016.

Many institutions also attempt to placate students who demand protection from alleged insensitive or offensive speech by implementing restrictive speech codes and/or establishing bias response teams.  However, in most cases, speech codes have been struck down as unconstitutional due to their broad and vague nature, which often limits or prohibits speech which is otherwise protected under law.

Bias response teams have also suffered a similar legal fate due to the chilling effect these teams and their policies have on campus speech and expression.

But in spite of these legal vulnerabilities, many institutions continue to prioritize students’ feelings over students’ free speech rights in both policy and practice.

At best, these ongoing efforts demonstrate a radical misunderstanding of the rights guaranteed under the First Amendment, including the right to engage in what some might characterize as hurtful or offensive speech, including so-called hate speech. To that end, the U.S. Supreme Court has consistently held that the right to engage in such speech is protected and not conditional upon another person’s subjective sensitivities or feelings.

In Texas v. Johnson the Court held that burning the American flag was constitutionally protected speech, regardless of the hurt and offense it caused.  In its majority decision, the Court famously stated: “If there is a bedrock principle underlying the First Amendment, it is that the government may not prohibit the expression of an idea simply because society finds the idea itself offensive or disagreeable.”

Similarly, in Snyder v. Phelps, the Court held that protests conducted outside of a military funeral were constitutionally protected in spite of their offensive and insensitive nature and the severe emotional harm they caused family members:

“Speech is powerful. It can stir people to action, move them to tears of both joy and sorrow, and—as it did here—inflict great pain. On the facts before us, we cannot react to that pain by punishing the speaker. As a Nation we have chosen a different course—to protect even hurtful speech on public issues to ensure that we do not stifle public debate.”

It is consistent with this U.S. Supreme Court precedent that the University of Chicago took the unprecedented step of issuing the Chicago Statement.

In 2018, the University of Chicago’s former President and current Chancellor, Dr. Robert Zimmer, reiterated his institution’s commitment to free speech and suggested several factors that have contributed to its deterioration throughout U.S. higher education.

In particular, Zimmer criticized those students and administrators who seek to “keep certain views unexpressed out of self-righteous, moral, or political indignation, [or] an agenda driven by such moral or political views, and comfort, arrogating to themselves and those they agree with the right of speech, while denying it to others.”

This criticism is exemplified by the growing use of the heckler’s veto in higher education to stifle speech and expression that is characterized by some as unpopular, insensitive, or offensive.

Zimmer also criticized the notion that a person’s rights of free speech and expression are somehow subject to another person’s feelings.

Zimmer referred to this notion as the “the privileging of feelings” and asserts that it has no place in a robust teaching and learning environment.

“Privileging feelings, to the extent that a child feels they are always entitled to feel good and comfortable, and that the world should be organized around this, is not helpful in this regard,” Zimmer said at the time. “And what we are seeing in some cases within high schools and universities is an expectation, and then demands, for such privileging, and then the inappropriate acquiescence to such demands.”

Zimmer concluded that the role of higher education is not to “creat[e] a sanctuary for comfort for students, [but rather] it is only through an environment of intellectual challenge and the free expression and open discourse that provides this challenge, that we are fulfilling our obligations to students, their future, and the future of our society.”

The Chicago Statement and the words of Dr. Zimmer stand for the proposition that free speech and expression are indispensable elements in higher education and the right to engage in such activities should not be limited or dictated by another person’s feelings or personal comfort level.

Ultimately, higher education should value and encourage civility and mutual respect, and be mindful of the diverse sensitivities and feelings of students within the college community.  However, those considerations should never serve as justification for limiting or restricting a person’s constitutional rights of free speech and expression, regardless of how subjectively insensitive or offensive their words or ideas may be considered by some.

Ken Tashjy served as General Counsel for the Massachusetts Community College System for over 21 years and currently serves as a higher education attorney and consultant. He has taught as an adjunct instructor at Suffolk University since 2008, and previously at Brandeis University as a Guberman Teaching Fellow. He received a B.A. in Psychology from Susquehanna University, an M.Ed. in Higher Education Administration from the University of Massachusetts Amherst, and his J.D. from Suffolk University Law School. Prior to practicing law, he served as a student affairs administrator at Bowdoin College, Simmons College, the College of William and Mary, and the University of Massachusetts Amherst.