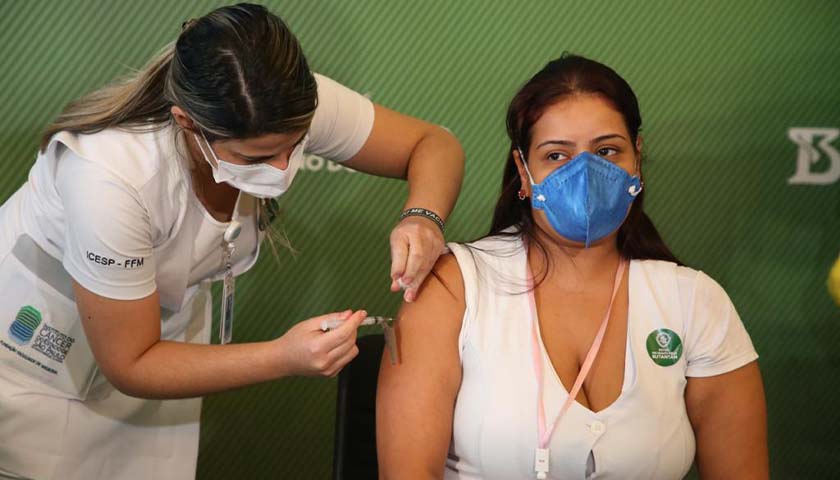 Business organizations and health care groups criticized the Ohio House after the passage of a bill that prohibits schools and public and private businesses from requiring students, employees or customers to receive any vaccination, including COVID-19, that has not been fully approved by the U.S. Food and Drug Administration.

The House’s action Thursday came little more than two weeks after House Speaker Bob Cupp, R-Lima, twice pulled a similar bill from the House floor and shutdown a committee hearing planned for another bill that would prohibit vaccination mandates. Cupp said at the time the House was moving on to other legislative matters.

Instead, the House passed House Bill 218, which was introduced in March as a bill to extend curfews for bars and restaurants but had that language removed after a committee hearing Wednesday and replaced with language that adds a personal conscience exemption to vaccination mandates in the state. The bill now heads to the Senate.

“The legislation approved today by the Ohio House is balanced and responsible,” Cupp said. “It protects the rights of Ohioans as well as the public health. It’s the result of extensive conversations among lawmakers, policy experts and, most importantly, our constituents.”

Cupp said the timing of the bill was important given the Biden administration’s plan to enact a federal vaccination mandate that would cover federal contractors and private employers with at least 100 employees. The mandate was put on hold by a federal court while states continue to challenge its legality.

“While many have agreed on the importance of taking legislative action, there has previously not been consensus on the details of such legislation,” Cupp said. “Today’s passage is especially timely given that the heavy-handed mandates of the Biden administration have backfired, with the courts putting the OSHA mandate on hold and additional federal litigation challenging the Centers for Medicare and Medicaid Services mandate. I am pleased the House finalized a bill on this issue and look forward to the Senate consideration of this bill.”

The Ohio Chamber of Commerce responded to the bill’s passage with a statement that said the legislation limits the rights of private businesses to protect employees and customers.

“We were extremely disappointed the Ohio House voted [Thursday] to limit the rights of employers to ensure the safety and wellbeing of their employees and customers,” Ohio Chamber President and CEO Steve Stivers said. “The Ohio Chamber is looking forward to making our case in the Ohio Senate on why it is imperative to protect the rights of Ohio’s private employers.”

The American Cancer Society Action Network said passage puts cancer patients at risk by limiting vaccination requirements at places such as the Hope Lodge in Cleveland, which provides free lodging for cancer patients and their families.

“ACS CAN is discouraged that the House passed this legislation putting the health of those who have battled cancer and the over 73,000 Ohioans who will be diagnosed this year at greater risk,” ACS CAN Government Relations Director Leo Almeida said. “ACS CAN calls on the Senate to put a stop to this legislation and looks forward to working with them to protect those Ohioans facing cancer.”

An Ohio native, J.D. Davidson is a veteran journalist at The Center Square with more than 30 years of experience in newspapers in Ohio, Georgia, Alabama and Texas. He has served as a reporter, editor, managing editor and publisher.
Photo “COVID-19 Vaccination” by Governo do Estado de São Paulo. CC BY 2.0.