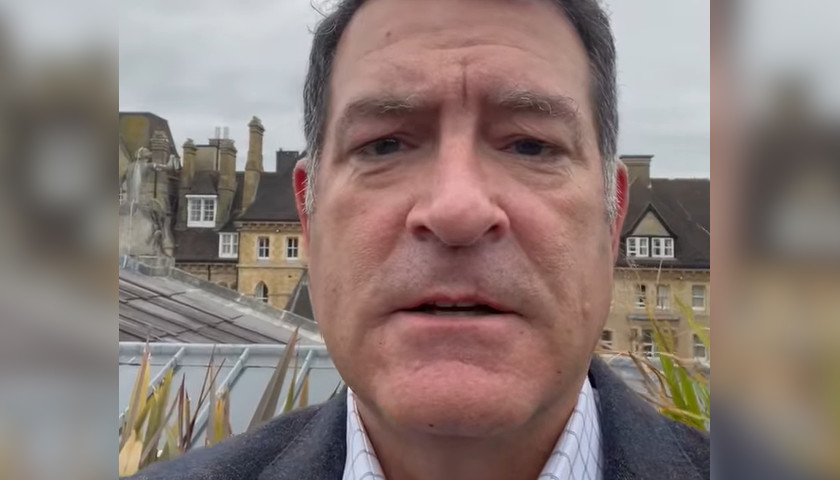 U.S. Representative Mark Green (R-TN-07) said Saturday that he is in Oxford, England to meet with members of the United Kingdom Parliament to address lingering “raw emotions” over President Joe Biden’s exit from Afghanistan.

“It’s created a lot of raw emotion here. As a member of the Foreign Affairs Committee, I am here working on that U.S and U.K. relationship that has been wounded by President Biden’s ridiculous withdrawal,” Green said.

“That fissure, obviously, can be taken advantage of by our enemies and our adversaries — China and Russia especially. There is lots to talk about and lots of relating to do.”

Green, a former flight surgeon for the Army who was deployed to Afghanistan, in August blasted the Biden administration’s decision making process.

“President Biden’s catastrophic withdrawal from Afghanistan is a disgrace that has now resulted in the tragic loss of American lives. Our prayers are with the families and loved ones of these heroes. Our so-called Commander in Chief is abandoning Americans, our Afghan allies, and members of NATO who only came to Afghanistan to help us. We are in a crisis of leadership – President Biden has failed,” Green said at the time.

Green went on to say at the time that he had seen his military brothers and sisters laying in flag-draped coffins.

“They sacrificed their lives in Afghanistan to protect Americans here at home. Now the Biden administration’s bad planning is putting more of our men and women in uniform at risk,” Green said.

“And his decision to leave Americans behind to satisfy the Taliban’s redline is weak and feckless. This lack of leadership is despicable and will only embolden our enemies.”