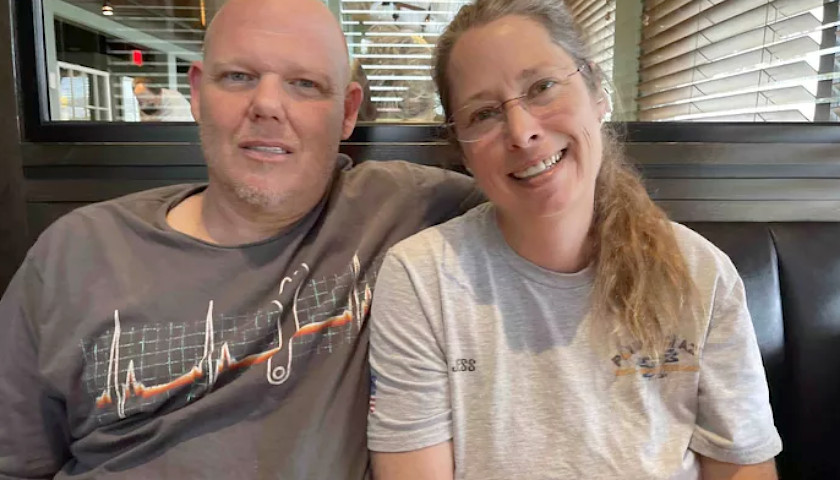 In an interview with Daily Mail, the mother of the teenage girl who was raped in a bathroom at Stone Bridge High School in Loudoun County blasted the school district.

“This is not about politics,” said Jessica Smith. “This is about sexual assault and how we need to make changes in our schools in order to protect victims, get them the help they need sooner, and believe them. And don’t allow a perpetrator back into another school.”

In May, Smith’s daughter was raped by a boy in a skirt in the high school. That boy was quietly transferred to another high school in the Loudoun County Public School (LCPS) system, where he groped a second victim later in the same month.

Smith said the school told the family to keep quiet about their daughter’s rape.

She also addressed the failings of LCPS to safeguard not only her daughter, but the second victim.

“The pain that we had on May 28 came back,” she said. “All the hurt, the anger, the frustration, everything came back.  I felt so horribly for the second victim and her family. This should have never happened. They shouldn’t have put him back in school.”

She also said that she and the Smith family were under the impression that the boy was at home, being monitored with an ankle bracelet.

LCPS did not return The Virginia Star’s comment request.

The boy, whose name has never been released because he is a juvenile, adjudicated guilty on two sodomy charges in the first case.

This week, he pleaded no contest to misdemeanor sexual battery and felony abduction in the second case. He will be sentenced in mid-December. The maximum penalty is juvenile detention until he turns 21.

Smith’s husband, Scott Smith, was arrested at a June 22 Loudoun County School Board (LCSB) meeting after an unlawful assembly was declared. The incident made national news, but it wasn’t until October that the full story was revealed.

At that school board meeting, Superintendent Scott Ziegler said he wasn’t aware of any rapes by transgender students inside the LCPS system. He knowingly lied, setting Smith off.

Ziegler has resisted calls for his resignation.

Pete D’Abrosca is a contributor at The Virginia Star and The Star News Network. Follow Pete on Twitter. Email tips to [email protected].
Photo “Jessica Smith” by gofundme.