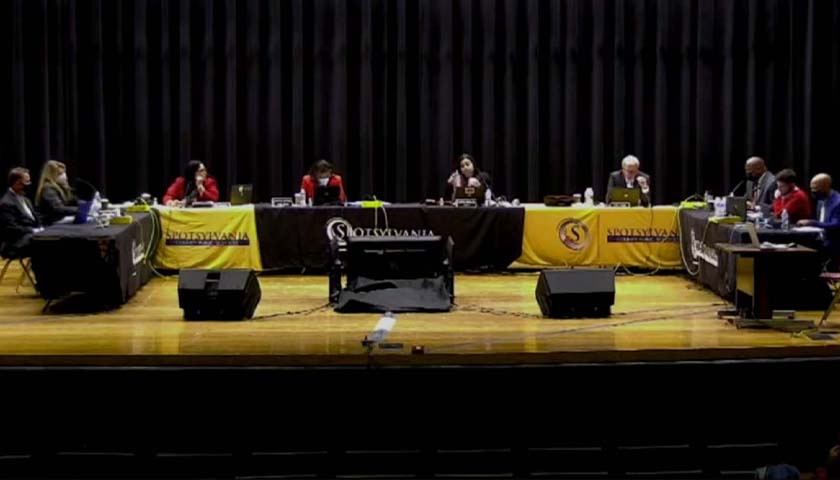 The Spotsylvania County School Board has rescinded a vote to begin removing explicit books from its libraries just a week after unanimously passing the motion. The 5-2 vote came after public outcry and an hours-long public comment period.

“I admit that we may have made a hasty vote to remove sexually explicit materials without the appropriate discussions about what was already in our policy,” member Lisa Phelps said in WFVA video of the meeting.

Phelps introduced the substitute motion that the board passed last week.

Last week a parent complained about materials available to high school students through a library web app, including a book that described a homosexual affair between a teen and an adult. After that comment to the board, member Rabih Abuismail said school staff had failed to properly vet materials; eventually the board passed a motion 6-0 to start removing explicit books and to report to the board what books were removed.  Abuismail and member Kirk Twigg got attention afterwards for comments about book burning.

This week, Abuismail and member Twigg were the only board members to vote against rescinding the vote.

“My problem with all these books if you notice was not whether it was heterosexual, homosexual. It was the fact that it portrayed pedophilia in that book and has no room in our schools,” Abuismail said.

“Neither I nor my colleague Mr. Abuismail had no intention of anyone ever burning books. I was making an emphatic point that the books be made available to the board before removal by Spotsy County schools,” Twigg said.

Member Erin Grampp was not present for the vote to remove the books, but in Monday’s meeting, she criticized the board for not considering that the district already had a policy to remove objectionable material.

“There’s a policy in place, right, all those books have a fair shot of being challenged, right?” Grampp said, “They skipped the whole process and that’s what frustrated me at the outcome and I wasn’t able to speak about it. Not one of you said we have a policy in place, has this policy been followed, and no one asked that, no one questioned that of the parents and I was shocked about that.”

Chairman Dawn Shelley told The Virginia Star that school librarians pick books based on recommendations, and the books are reviewed based on Virginia Librarians Association criteria.

Grampp and board member Baron Braswell will be replaced by new members in January.

After the vote to remove books, the Spotsylvania School Board suddenly found itself facing national attention, the latest headline in Virginia’s battle over school board politics. The Star asked Shelley what happens next.

“The current board rescinded the vote to do the review for sexually explicit books. We have a review process that should not be skipped,” she said. “In January there will be a new majority, so pay close attention.”

Eric Burk is a reporter at The Virginia Star and The Star News Network.  Email tips to eburk@vastarnews.com.
Photo “Spotsylvania School Board” by B1015FM.