DeKalb County GOP Chair: Georgia Law Was Violated in November 2020 Election and Results Should Not Have Been Certified 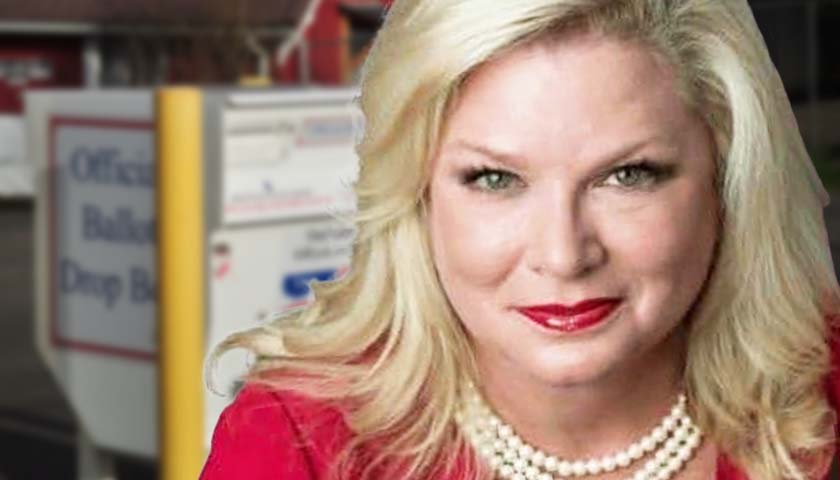 During the November 3, 2020 presidential election, Georgia law was broken in DeKalb County and, as such, the results should never have been certified, according to the chair of the Republican Party there.

Marci McCarthy, head of the DeKalb County GOP since April 2021, told The Georgia Star News that the handling of absentee ballots in her home county during the November 2020 election violated Georgia law.

As someone who served on a Vote Review Panel (VRP) representing the GOP during three elections in 2020 – the June presidential preference primary, August run-off election, and the combined general/special election in November 2020, McCarthy has knowledge of the absentee ballot adjudication and duplication process as well as a point of comparison in the handling of the three elections.

The VRP, established in state law, includes one member from each major political party as well an election superintendent. The VRP manually reviews or adjudicates all absentee ballots rejected by the ballot scanner that creates an electronic image of the ballot and generates duplicate ballots that can be accepted by the scanner.

In the case of a non-partisan election or a question on the ballot, the two elector members of the VRP are non-partisan.

Absentee ballots are duplicated when they are so torn, bent or otherwise defective, such as the voter’s intent not being clear, that they cannot be processed by the scanning machine. In addition, all UOCAVA – Uniformed and Overseas Citizens Absentee Voting Act – because they are not on ballot paper are unable to be fed into the scanner and are also duplicated.

This work, when conducted by the VRP, was done at the Voter Registration and Elections (VRE) office on Memorial Drive in Decatur.

While the work for the November 2020 election was authorized by the Georgia Secretary of State’s Office to start as early as October 19, 2020, and then-Director of Elections Erica Hamilton issued a public notice declaring that the early processing of absentee ballots would commence on October 22, 2020, McCarthy said the work didn’t actually begin until October 28, 2020.

The most egregious of the issues McCarthy observed during the November 2020 election was related to the duplication of ballots.

Ballot duplication is to be performed by the bi-partisan panel, and it’s a process that McCarthy says is incredibly tedious and work intensive, but is also highly effective and fair.

“When a bi-partisan pair works together in tandem, it works, because you’re a red team and a blue team and they’re there to really invoke the true intent of the voter,” McCarthy told The Star News.

The bi-partisan panel is the process that McCarthy says was used in DeKalb County during the June and August 2020 elections.

However, the duplication process in November 2020, under the direction of Hamilton, was done by election workers in an undisclosed location without any oversight or supervision, according to McCarthy.

The same illegal process for vote duplication was also employed by Hamilton for the January 5, 2021, run-off election for the two contentious U.S. Senate races that controlled the balance of the upper chamber of Congress.

McCarthy described the volume of ballots that needed to be duplicated in November 2020 as “off the charts.”

While the number of ballots in the municipal election currently underway is significantly lower than that of the November 2020 election, McCarthy pointed out, very few ballots have had to be duplicated. Meanwhile, in November 2020, “the machines were spitting them [ballots] out left and right,” McCarthy compared.

McCarthy contrasted her experience in the handling of the absentee ballot duplication process in the two earlier elections in 2020 to that of November 3.

“Huge difference from what I did in the previous elections. It was done for the most part to the letter of the law, and then it went completely AWOL.”

A number of other observations McCarthy made about the November 2020 election were shared with The Star News.

While the League claims to be non-partisan, McCarthy points out, it supports progressive policies that align with the Democrat Party.

While the bi-partisan VRP adjudicated partisan portions of the ballot, there were no locks to prevent or audits to verify the non-partisan VRP undoing any of their work.

“You’re having votes by a group of women that were ideologically in alignment with the Democrats, unsupervised, adjudicating ballots,” McCarthy told The Star News.

“That gives me great heartburn and concern that that election was not fair,” McCarthy said of the November 2020 election.

Additionally, VRP members did not have individual log-ins or even sign-in sheets for their work stations, allowing anyone to get in and do the adjudication work.

These issues and more were detailed by McCarthy in a 12-page sworn affidavit filed in conjunction with a lawsuit filed by presidential candidate Donald J. Trump and Georgia GOP chairman in his role as Trump presidential elector David Shafer.

According to McCarthy, the lawsuit was not lost but “timed out” because a judge was not appointed to the case in a timely manner and a hearing date not set until January 8, 2021, two days after Congress certified the election.

By unanimous vote, the five-member, bi-partisan DeKalb County Board of Registration and Elections certified the results of the November 3, 2020, election on November 12, 2020. The certification was not recorded in the minutes from the meeting, but was captured on video.