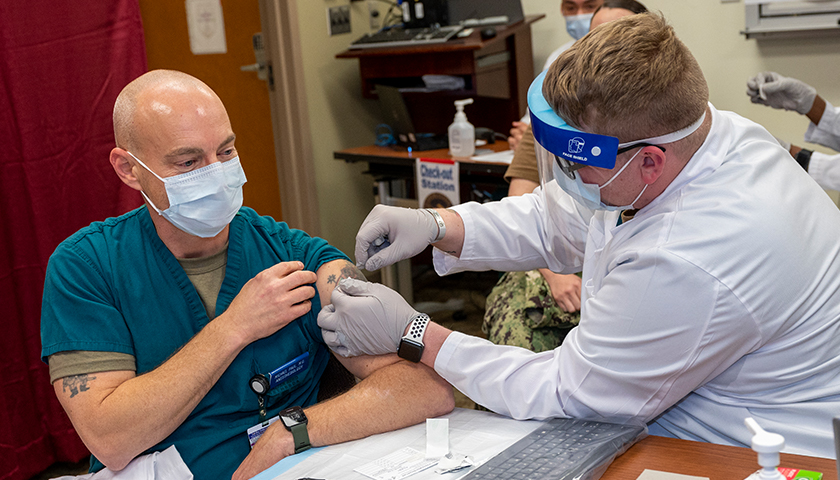 The Florida House passed HB 1B in its special session yesterday, ensuring businesses would be penalized if they require an employee to get a vaccine mandate. The bill was largely passed along party lines, however, one Democrat, Rep. James Bush (D- District 109) joined Republicans by voting in the affirmative.

Some activists who demonstrated on the steps of the Old Florida Capitol said the effort by Florida’s Republicans “does not go far enough.” They uttered phrases and had signs that read “For the ‘greater good’ = Communism.”

Democrats, however, have been critical of the special session in its entirety and have said the legislature’s efforts do not make Floridians any safer.

“Does this session make us safer? No, it doesn’t. Does it address the problems of everyday Floridians? Absolutely not,” said Rep. Kamia Brown (D- District 45). “Two years ago we could only hope and pray for a vaccine … now here we are politicizing something we should be celebrating.”

The bill requires employers and businesses to provide employees with exemptions to getting the COVID shot that include religious exemptions, medical exemptions, or if someone has already gotten COVID.

Also, the bill includes a provision to strip the power of the Florida Surgeon General to order forced vaccines implemented by law enforcement.

Earlier this week, the same body passed a bill that creates a plan for the state to be able to develop and get federal approval for a state-based OSHA equivalent so that Floridians would not be under the purview of President Joe Biden’s OSHA-based vaccine mandate.

Only one notable Republican offered opposition to the state-based OSHA bill.

“I think this is absolutely the growth of government, and something that as a Republican we have taken a strong stance against over time,” said State Sen. Jeff Brandes (R- District 24).

Many Democrats also opposed the new state-level OSHA bill and some even called out Republicans for going back on their historic beliefs in government.

“That is traditionally, historically, a tenet of your party: fiscal responsibility, smaller government, less regulation,” said State Sen. Jason Pizzo (D-FL-38). “Today we’re going to contemplate adding an agency of regulatory authority with no scope, no deadline, no benchmark.”