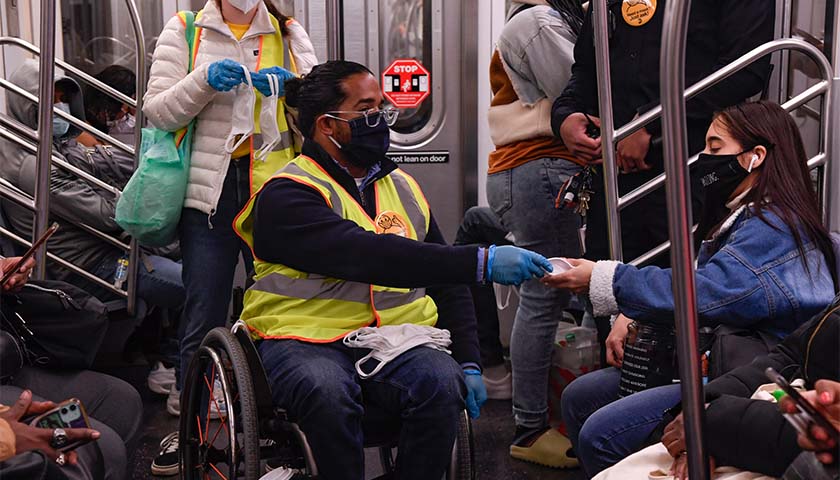 A federal judge halted a new Tennessee law that prohibits COVID-19 mask mandates in schools on the basis that it violates the Americans with Disabilities Act (ADA), but the language of the law shows otherwise.

That judge, Waverly Crenshaw, presides over the U.S. District Court for the Middle District of Tennessee.

Eight students filed a lawsuit that said their disabilities put them at “extreme risk” of catching COVID-19. They made various assertions — but no specific claims.

“This legislation (the ‘Mask Mandate Ban’) has created inconsistent and chaotic approaches among the school districts in Tennessee, while subjecting all students to loss of state or federal funding,” according to their lawsuit.

“The Mask Mandate Ban stands as an obstacle to the accomplishment of the full purpose and objective of the Americans with Disabilities Act.”

The lawsuit went on to say that the mask mandate ban “makes it impossible for public school districts to simultaneously comply with the ADA.”

The suit later said the mask mandate law “interferes with and obstructs federal law” and that “the state has succeeded in creating a liability to all students with qualifying disabilities, in every public school in Tennessee.”

“If the school complies with federal law, they risk losing state funding,” the lawsuit said.

The language of the new state law, available for the public to read on the Tennessee General Assembly’s website, shows state lawmakers did take the ADA into account when they wrote it and later enacted it. The law says a school must provide reasonable ADA accommodations to people who request them in writing.

“If the principal or president approves the request, then the school must place the person in an in-person educational setting in which other persons who may place or otherwise locate themselves within six feet of the person receiving the reasonable accommodation for longer than 15 minutes are wearing a face covering provided by the school that meets the above-described standards.”

• A school principal requests it

The ADA, according to the U.S. Department of Justice’s Civil Rights Division, prohibits discrimination based on disability in employment, state and local government, public accommodations, commercial facilities, transportation, and telecommunications.

“Hopefully this injunction will be temporary as the judge looks at the legislation in its entirety, including provisions to accommodate ADA students and others with special needs,” Johnson said.

“The legislation provides for parental choice regarding whether or not their children should wear a mask, while accommodating those who have special needs.”

Chris Butler is an investigative journalist at The Tennessee Star. Follow Chris on Facebook. Email tips to chrisbutlerjournalist@gmail.com.
Photo “Man in Wheelchair with Mask” by Metropolitan Transportation Authority of the State of New York. CC BY 2.0.