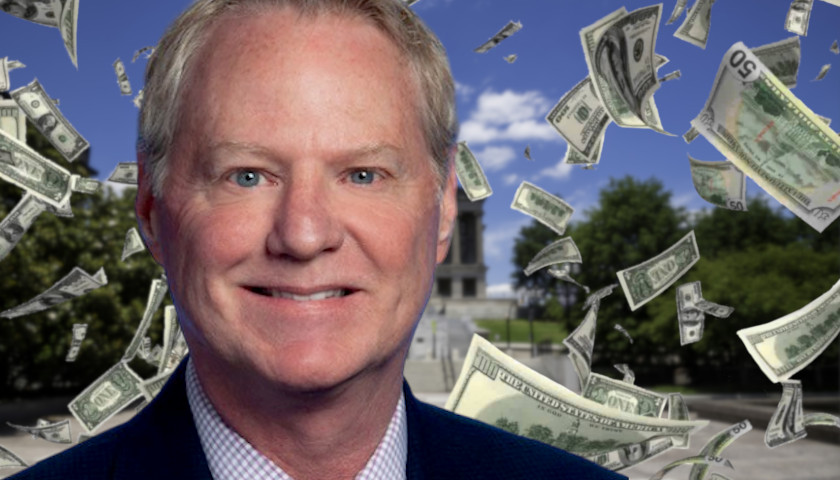 The state’s revenues for October of $1.4 billion exceeded budgeted estimates for the month by $256.2 million, Tennessee Department of Finance and Administration Commissioner Butch Eley announced Friday.

“October’s revenue growth is due primarily to increased sales tax collections, corporate tax receipts, and growth in realty recordation taxes that are reported under privilege taxes,” said Eley regarding the month’s tax collections.

The actual revenues of $1.023 billion were nearly 21 percent above the estimate and $170 million or nearly 20 percent ahead of the previous October. The sales and use tax, with a budgeted estimate of $846 million, accounted for 74 percent of October’s budget.

While the current fiscal year has started off strong, Eley anticipates that comparative revenue growth will be lower because October marks the one-year anniversary of the marketplace facilitator tax.

Receipts of the franchise and excise tax – otherwise known as the state’s corporate tax – were $98 million against a budgeted estimate of $53 million or nearly 84 percent ahead of plan and about 78 percent ahead of last year.

This, “despite October being a month when corporate tax filers may request a refund from quarterly estimated payments made during the last tax year,” according to Eley’s announcement.

The gasoline, TVA payments in lieu of taxes and coin-operated amusement taxes combined for a total of $1.7 million below the budget plan.

For the month of October, total revenues were $1.4 billion against a budgeted estimate of $1.1 billion resulting in a $256 million surplus or 22 percent ahead of the planned revenues.

On an accrual basis, October is the third month of the 2021-2022 fiscal year. For the period August to October, the state has accumulated a revenue surplus of nearly a billion dollars.

Against a budgeted estimate of $3.8 billion for the first three months of the year, the actual revenues are $4.7 billion making a $902 million surplus that surpasses the budgeted estimate by nearly 24 percent.

As a point of comparison, this time last fiscal year the budget surplus was $816 million, exceeding the 2020-2021 three-month budgeted estimates by nearly 21 percent.

For both the month of October and the current fiscal year, the state’s four major funds – General, Highway, Sinking, City and County – are all ahead of the budgeted estimates.

The estimates of state tax revenues for the 2021-2022 fiscal year by month, are based on the November 24, 2020, recommendation by the State Funding Board and incorporated any changes from the first session of the 112th Tennessee General Assembly when it was adopted in April 2021.

The tables reporting the October and fiscal year-to-date revenue collections by tax and by fund can be viewed here.

Laura Baigert is a senior reporter at The Star News Network, where she covers stories for The Tennessee Star and The Georgia Star News.
Photo “Butch Eley” by Department of Finance & Administration. Background Photo “Tennessee State Capitol” by FaceMePLS. CC BY 2.0.