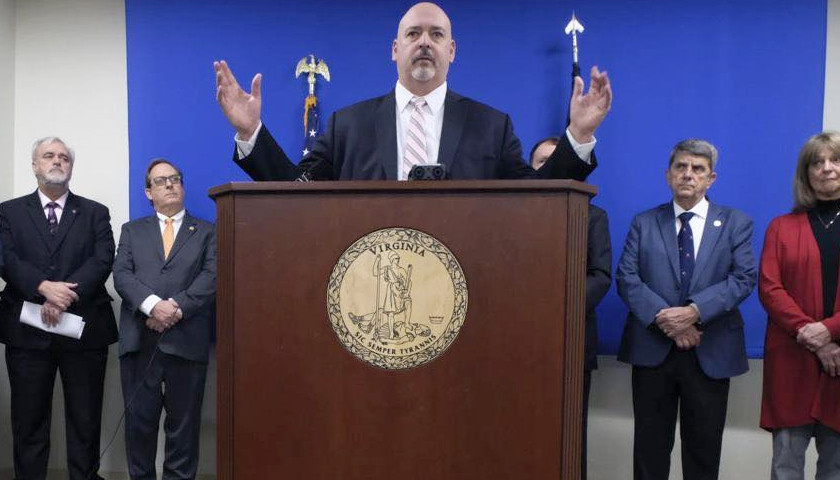 The Virginia House Republican Caucus unanimously nominated current Minority Leader Todd Gilbert (R-Shenandoah) for Speaker of the House in a Sunday caucus meeting. They also elected Delegate Terry Kilgore (R-Scott) to be majority leader in the 2022 session, the result of a compromise between the two former rivals for House minority leader.

“I am proud to serve with and lead a strong and united Republican majority as we look toward the 2022 General Assembly session and beyond,” Gilbert said in a press release.

He said, “The House of Delegates holds a special place in the history of our Commonwealth, and indeed our nation. It is my goal to ensure the body upholds the practices and traditions that have served it so well for much of that time. That means a respect for our rules, respect for debate, and respect for every member elected to this body.”

“As Majority Leader, I look forward to helping chart a policy agenda that works for all Virginians. While we will debate our colleagues on the other side of the aisle, we will also work with them when we can to ensure the best possible policy outcomes for every Virginian. Reasoned debate and compromise should and will always have a place in the oldest continuing legislative body in the Western hemisphere,” Kilgore said in the release.

Governor-elect Glenn Youngkin said in his own release, “Virginians spoke with a clear voice—they voted for better schools, safer streets, a lower cost of living, and more jobs—and they expect us to deliver, on Day One. The leadership team of Todd Gilbert, Terry Kilgore, Kathy Byron, and Jay Leftwich elected today by the Virginia House Republican Caucus is best positioned to work with Virginia Democrats to get results for Virginians.”

On Sunday, the Democratic House Caucus also elected their leadership for the upcoming session. Current Speaker of the House Eileen Filler-Corn (D-Fairfax) will be Minority Leader, and Majority Leader Charniele Herring (D-Alexandria) will be House Democratic Caucus Chair.

“Although this month’s election results were not what we hoped for, the Caucus’ mission of fighting for Virginia families and working people across the Commonwealth stands unchanged,” Herring said in a release. ” There is still much work that needs to be done and we will work together to move Virginia forward.”

Although Republicans are expected to hold a 52-48 majority, two House Democrats lost re-election by less than one percent. The candidates may request a recount, but the Democratic candidates will need wins in both seats to tie with Republicans.

“We still have two outstanding races likely headed to recounts, but we are also preparing to look ahead. I am honored to have once again been elected Democratic Leader and to have the opportunity to serve our House caucus and all Virginians,” Filler-Corn said in a Twitter statement accompanying the press release.

Eric Burk is a reporter at The Virginia Star and The Star News Network.  Email tips to eburk@vastarnews.com.
Photo “Todd Gilbert” by Delegate Todd Gilbert.