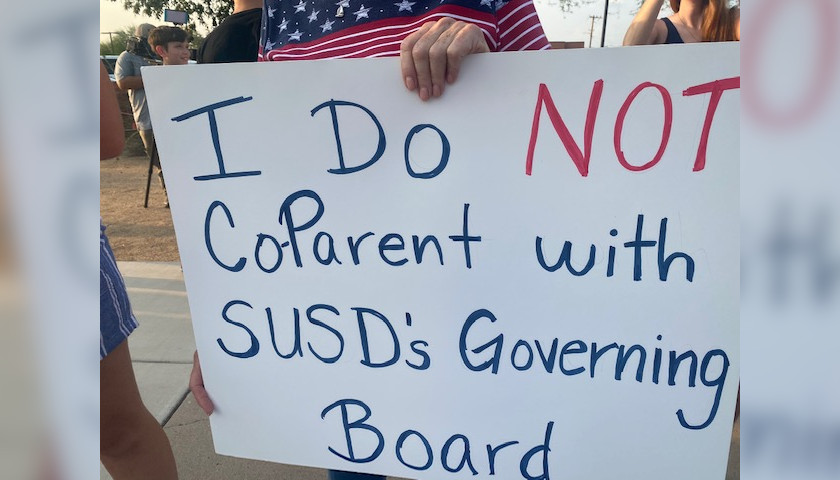 Scottsdale Police Department will investigate allegations against Scottsdale Unified School District (SUSD) President Jann-Michael Greenburg, according to a release from the group.

The police department detailed that they will review the details and report their findings. However, the group  did not provide a complete timeline for their investigation.

Parents have accused Greenburg of having access to documents, composed by the president’s father, that contain sensitive information on parents of children who attend SUSD.

Seemingly, the “dossier” is compiled of deeply personal information on those who routinely speak out against the decisions made by school leaders.

Backlash has spread quickly as news of the allegations has continued. Multiple elected leaders throughout the state have condemned the actions.

“Government officials hiring private investigators and compiling dossiers on parents? These are the real “domestic terrorists” the FBI should be investigating, not people exercising their First Amendment rights,” said Arizona Attorney General Mark Brnovich, referring to a decision by Attorney General Merrill Garland to open an investigation into parents who speak out against school leaders.

Government officials hiring private investigators and compiling dossiers on parents? These are the real “domestic terrorists” the FBI should be investigating, not people exercising their First Amendment rights.https://t.co/3170a7FVdI

Recently, the school district acknowledged the outrage among some parents and hired an independent investigator to “determine if any school resources were used to compile, access or modify the private dossier.”

“We condemn all actions that detract from our goal of educating our students. We recognize that a vibrant and thriving community requires a strong public education system. By initiating an investigation, we can move forward with our mission of educating our students with the highest level of integrity and transparency. We will not let this matter deter us from that focus – and anything that detracts from that is something that the District cannot support,” the district said in a statement.