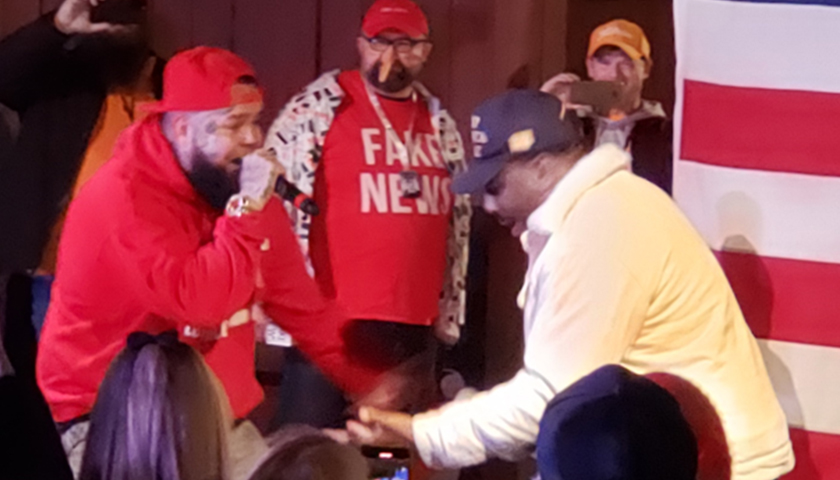 Gray is a Christian conservative MAGA – Make America Godly Again – rapper who moved from liberal North Carolina to Tennessee, and is probably best known for his ‘Let’s Go Brandon’ song. The song was banned by YouTube for “medical misinformation,” even though it contains none. Gray’s song went to number one on iTunes following the ban, so Gray released a new song, ‘Thanks, YouTube.” 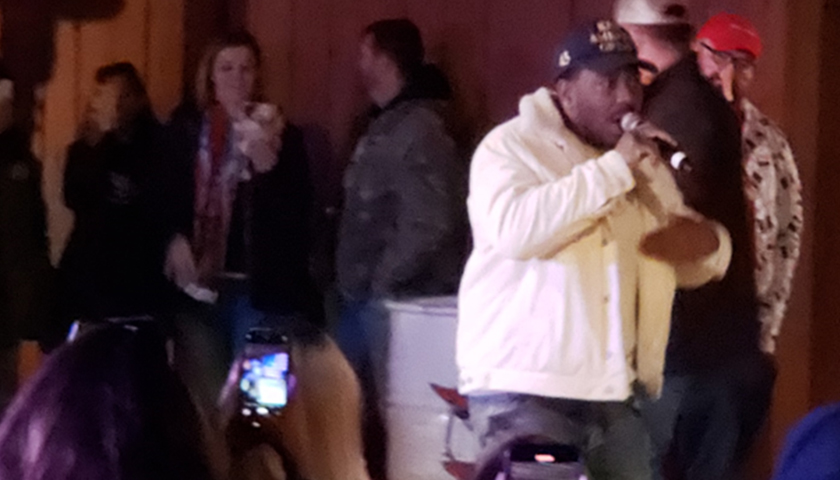 The rally was organized to protest government overreach, particularly by the federal government when it comes to medical freedom. A recurring theme was encouraging attendees to, rather than just get inspired at the rally, take action.

It was one of at least three rallies held Saturday in middle Tennessee: Give Thanks for Freedom was held in White House and Freedom from Vaccine Mandates Rally was held at the Maury Regional Hospital in Columbia “against the tyranny and force of unwanted vaccines in the work place.”

Support for the U.S.A. and President Donald Trump was every bit on full display at the Hartsville rally as the “Let’s Go Brandon” euphemism for the less tasteful anti-Joe Biden chant that has its origins at a NASCAR race won by driver Brandon Brown and an attempted cover-up of the chant by an NBC reporter. 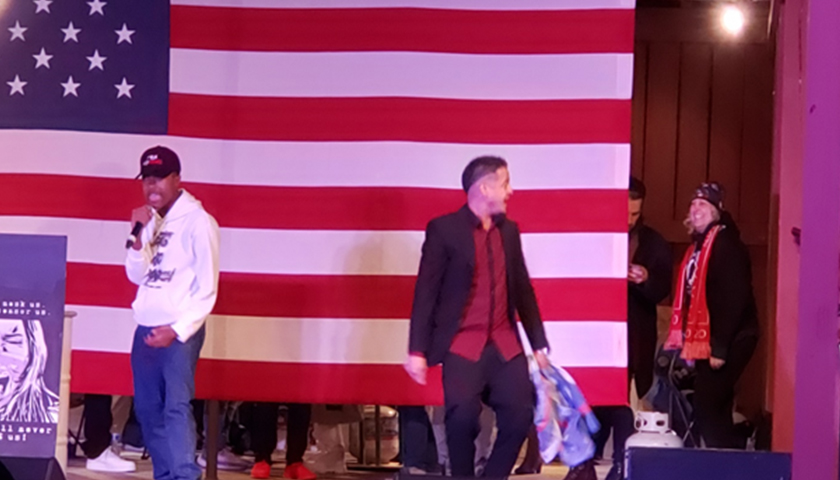 What the rally may have lacked in attendance was offset by the passion of the attendees and performers alike, particularly in light of the below-average temperatures in the 30s accompanied by a stiff breeze.

Gray was the much-anticipated final performer at the rally, wrapping up a near day’s long event that featured a variety of performers, speakers and political candidates.

Gray was preceded and actually joined by outspoken Donald Trump supporting rapper Forgiato Blow, who has hits such as ‘Trump Train’ and ‘No Vaccine.’

Perhaps surprising to some, Gray and Forgiato Blow are not alone in being rappers who are conservative, Christian, freedom-loving and Trump-supporting.

DVS 7.0 is a Latino-American Christian who says Christians have nothing in common with the Democratic Party. 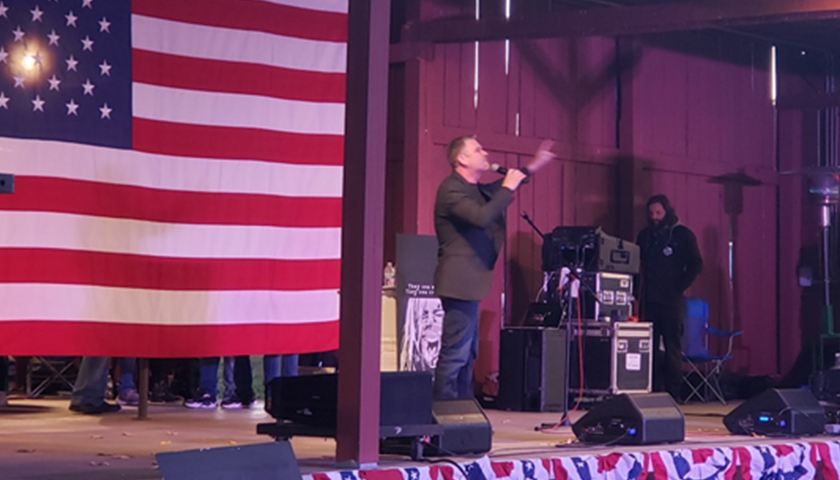 Now 17-year-old Chandler Crump considers himself to be a political activist saving America, in addition to being a musician. Having a mission of spreading the “virus of intelligence,” Crump says his Generation Z will be the heroes that save America.

In what seems to be a community of like-minded rappers supportive of each other, DVS and Crump performed several songs together, one while DVS carried around a “Let’s Go Brandon” flag.

A firebrand in his own right, Pastor Greg Locke, leader of Global Vision Bible Church in Mt. Juliet delivered a rousing sermon to attendees, apparently many of whom are members of his rapidly growing church.

Uncle Jam – a VIP at Trump events – drove 10 hours from Florida to support the Nurse Freedom Network – a 501(c) advocacy group for healthcare worker medical freedom and informed consent for all, attend the Let’s Go Brandon Freedom Rally and lead the mask burning with a ceremonial over-sized mask that was marked “Mask of Tyranny.” 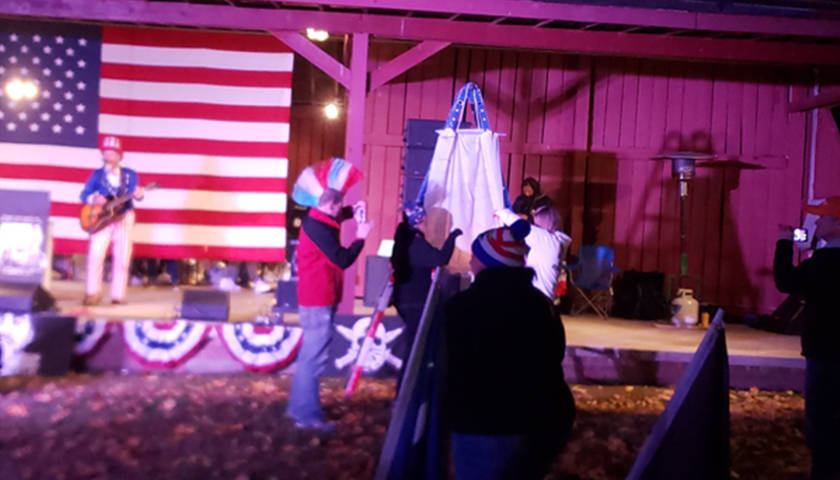 The emcee was Chase Williams and Chase Matheson, otherwise known as the Patriot Punk, played a prominent role in the event.

Food trucks were available, and patriotic merchandise was for sale as well as displayed by many of the attendees.

Organizers told The Tennessee Star that they are looking into holding more events in the future.

Laura Baigert is a senior reporter at The Star News Network, where she covers stories for The Tennessee Star and The Georgia Star News.