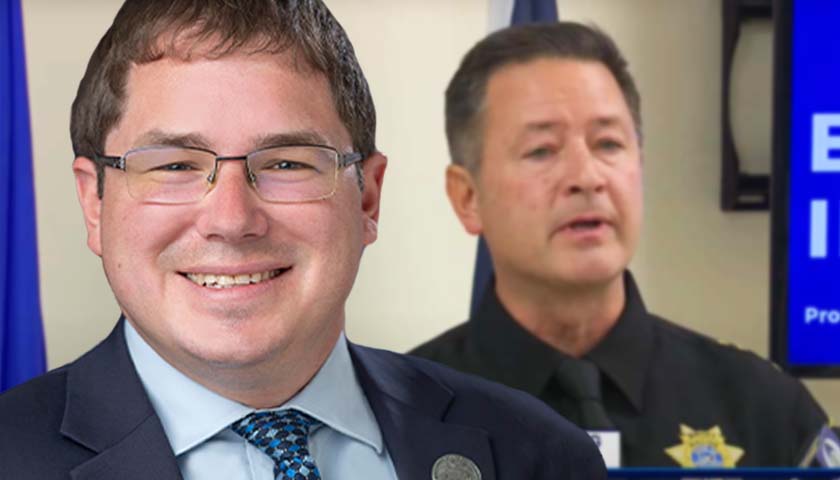 Luell testified on Wednesday at an Assembly Meeting regarding his findings and said that charges be pursued against the commissioners who broke the law. The sheriff explained that videos of meetings of the commissioners in the Wisconsin Election Commission (WEC) showed that commissioners did know that they were doing violated Wisconsin laws.

Luell stated in several of the meetings, the commissioners acknowledged that it was “illegal” to discontinue the practice of having a Special Voting Deputy to help people in assisted living facilities to cast their votes.

Luell told The Wisconsin Daily Star in a statement that, “The Sheriff’s Office did forward charging recommendations to the Racine County District Attorney’s Office on November 3, 2021.” However, nothing has been done about that at this time and Wisconsin Attorney General Josh Kaul has disregarded the call to bring any charges. The media advisory said it recommended charges for Commissioners Margaret Bostelmann, Julie Glancey, Ann Jacobs, Dean Knudson, and Mark Thomsen. 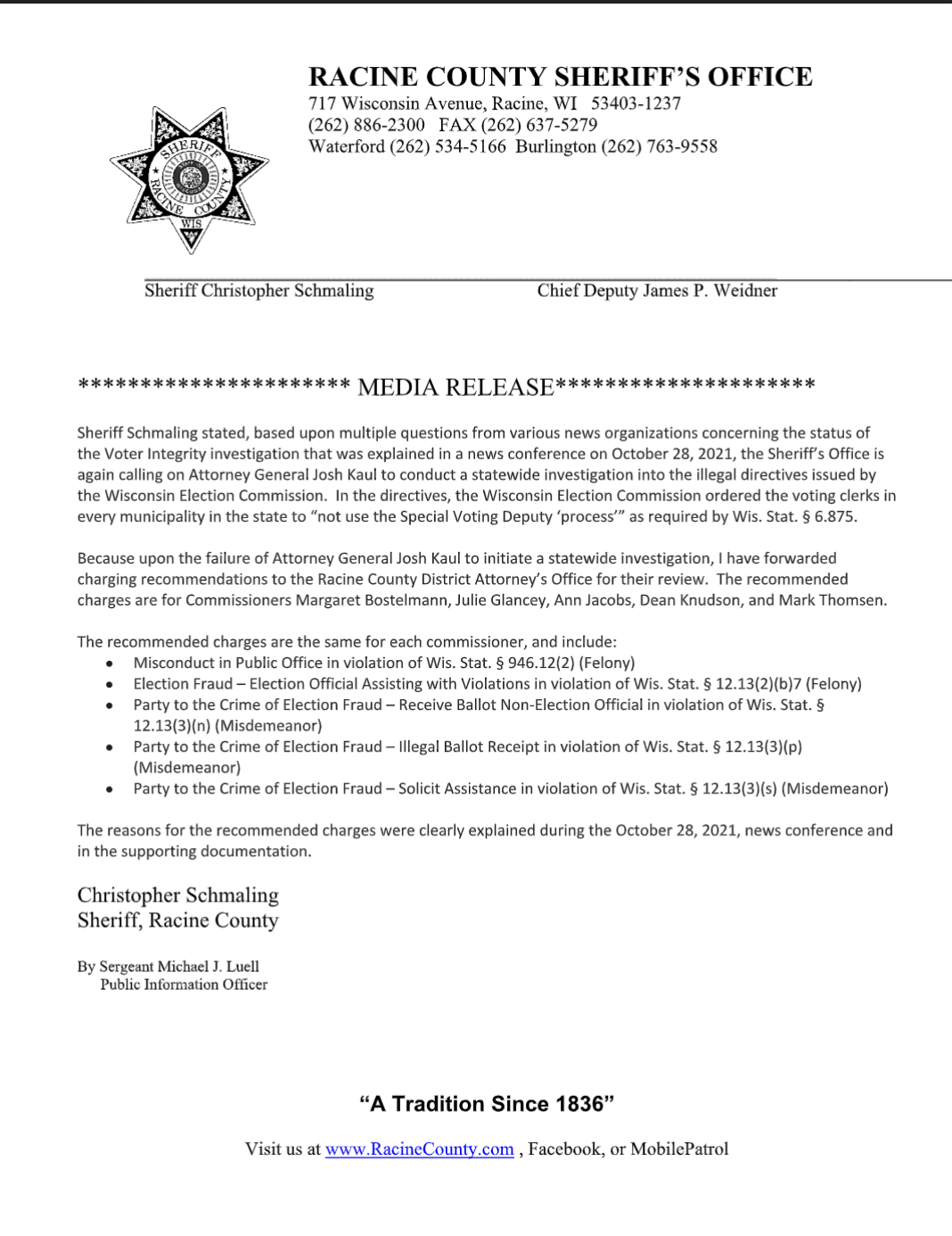 According to the media advisory, “The recommended charges are the same for each commissioner, and include:

Representative Spreitzer did not respond to The Daily Star’s request for comment asking if he believed any election laws were broken and why he believes that the call for charges is a “political stunt.”

This is such a political stunt the Republican Sheriff couldn't even be bothered to show up today. No charges have been brought because this investigation lacks credibility entirely. We should be focusing on expanding voting access, not spending time on this sham.