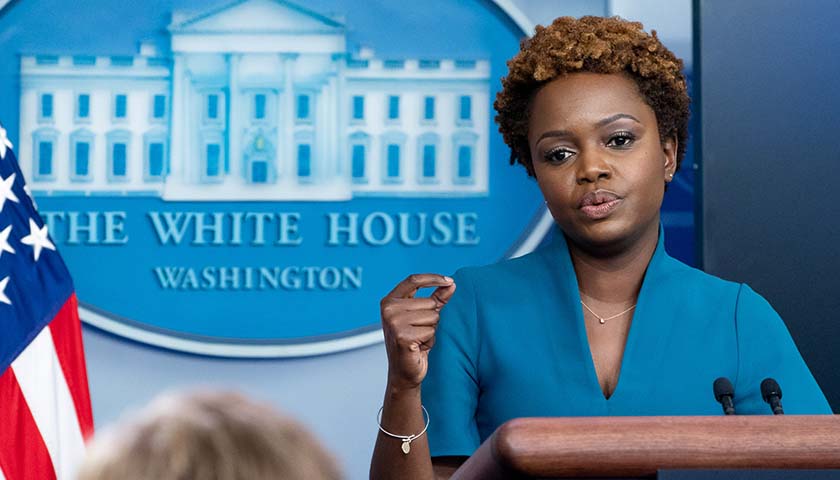 Florida Gov. Ron DeSantis has been adamant in his opposition to people losing their jobs over a vaccine mandate. Florida House Speaker Rep. Chris Sprowls (R-FL-65) and Florida Senate President Sen. Wilton Simpson (R-FL-10) have said they believe the vaccine mandate from the President Joe Biden administration to be “unconstitutional.”

The rivalry between DeSantis and the White House has grown over the past few months. Biden infamously said in August that he would use his executive power to get governors like DeSantis “out of the way.” DeSantis responded by saying he is “standing in your [Biden] way.”

Last week, DeSantis also joined in on the viral chant referring to the Biden administration as the “Brandon administration.” The quip harkens back to an NBC Sports reporter interviewing NASCAR driver Brandon Brown after a race. Chants of “F*** Joe Biden” began to be audibly detected by the reporter and through the television broadcast. In an attempt to cover up the expletive-laced chant from the fans, the reporter said they were chanting for Brown uttering the phrase “Let’s Go Brandon.”

Despite DeSantis’ public admonition of the Biden vaccine mandate, the legislation being proposed by Florida’s lawmaking Republicans has been described as a “watered down” effort to ban vaccine mandates. Instead of an all-out ban, one of the bills would require employers to provide alternatives to vaccination, like weekly testing for unvaccinated employees.

But DeSantis has maintained that the proposed legislation being considered for next week’s special session are some of the “strongest protections for both private and public sector employees anywhere in the country.”